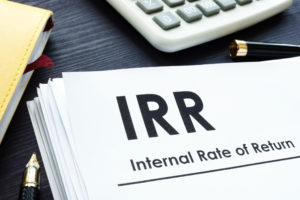 Private equity CFOs speaking with Private Funds CFO say they embrace the ILPA’s draft recommendations for quarterly and annual disclosure on funds’ use of subscription credit facilities, or SCFs. And they’re hoping to get clarity from ILPA on whether it wants the disclosures on a quarterly lagged basis, as some funds already provide, or if the disclosures should reflect more recent information. ILPA is working to finalize updated recommendations on SCFs after a comment period that is still ongoing.

(The conversations with the three CFOs cited in this article also provided the basis for the article “GPs look for longer sub line duration during fundraising.“)

But the issue of calculating two IRRs – one that includes the impact of leverage and one without – is still highly controversial with some managers.

“We agree that there should be disclosure on a quarterly basis,” said the CFO of a global mid-market firm. “I think most of the information in the ILPA template is pretty easy to provide, and I could see if this is something that LPs started asking for, we’d agree to do it quarterly.”

“But we’re not going to calculate two IRRs unless we’re absolutely forced to.”

Getting managers to remove the effect SCFs have on IRRs in reporting so LPs can more accurately compare manager performance is a major goal for ILPA. Its 2017 guidelines recommend managers report IRR both with and without the use of SCFs, and its in-progress draft recommendations request managers provide a “clearly defined methodology for calculating” both amounts, while recognizing there is no standard formula for producing them.

“I would prefer [LPs] do the financing on their side”

But the idea of producing two IRRs is something of a bête noire for some GPs. That controversy could be further inflamed if more GPs look to keep lines drawn during the entirety of a fundraising period, as reported here.

That’s because the first two years of a fund’s life are where SCFs have the most effect on IRRs; something ILPA has pointed out in the past, potentially adding another layer of tension to the debate should more GPs look to allow their funds to keep lines outstanding during the entire fundraising period.

The global mid-market CFO said there are myriad considerations to take into account when backing out the effect of IRRs on fund performance beyond just the timing of use. Lines can be used for a number of reasons outside of making an investment, including putting foreign exchange hedges on the portfolio, backstopping portfolio company loans and for various administrative purposes regarding expenses, for example. Lines may also be drawn for investments that don’t close, meaning cash has to be returned to investors should another use for the money not be found before the SCF time limit, further complicating calculations to back out financing.

“There are so many things…that impact IRRs that [ILPA doesn’t] even acknowledge exist, or that if you do the IRR calculation pre- and post-leverage, you make it impossible to compare funds more closely,” said the global mid-market CFO. “You’re not going to have apples to apples comparison” unless all the various uses and issues are taken into account – something many CFOs see as virtually impossible.

Turning the argument around

Others, like the CFO of an East Coast mid-market manager, say investors who are worried that GPs are ‘juicing’ their returns should simply not invest with managers who have longer caps on their outstanding SCFs.

“There are plenty of LPs and advisors who want you to stretch out [SCF lines] and who want you to ‘manage the J-curve,’” said the East Coast CFO. “That pressure is not coming from us. We want to make PE investments.”

Or perhaps switching around who does the financing is the answer, the finance chief suggested. “I would prefer [LPs] do the financing on their side – if they want to stretch their dollars longer, they can finance their side and keep up to a shorter duration” of capital calls by GPs who don’t use subscription credit lines.

Some GPs do disclose two IRRs. “I know some people don’t like the idea of disclosing IRR with and without, because it’s just one more thing we’ve got to create, but I think it’s not an unreasonable thing for LPs to ask for,” said a third CFO at a mid-Atlantic buyouts firm.

But getting to that goal is no easy task. “If there’s guidance out there that says ‘Here’s what we want,’ even if it’s not the most logical thing for us, it’s nice to have guidance – it makes my life easier,” the executive said, adding that any sort of mass adoption of a guideline would make it possible for firms’ software providers and fund administrators to automate the calculations for them.

Thumbs up on other draft measures

Market participants, including the above CFOs, have been generally supportive of the idea of standardizing regularly disclosed information regarding fund use of such leverage.

“The pieces [in ILPA’s draft recommendations] on tracking what’s on the balance sheet and giving more time for capital calls is completely reasonable,” said the East Coast CFO. Market players speaking to Private Funds CFO generally agreed that standardization of such disclosures is a constructive step toward increased transparency on SCFs.

“I think it’s always good to have ILPA come out with guidance on disclosures,” said the mid-Atlantic CFO.

But some are hoping to get more clarity on what period of time quarterly disclosures are meant to reflect, as the SCF disclosures that some managers do publish in quarterly reports to LPs tend to be based on the previous quarter.

ILPA may also recommend giving LPs more than the standard 10-day notice for capital calls in certain situations, something many GPs have been said to be doing amid the pandemic, and that the East Coast CFO agreed should become a market standard.

“A number of GPs have been, for the latest capital calls, padding the amount of days to respond, just to be sensitive that people are getting a lot of calls – but that could certainly be the new norm,” the executive said, adding that there will be exceptions in which call periods must necessarily be shorter.

“It’s easy enough for us to move toward four weeks for capital calls” or whatever the standard becomes, the CFO said.

LP issues around understanding their exposure to subscription lines and being able to manage cashflow efficiently are relatively easy for GPs to address, the executive said. “But we’re not going to physically amend our old LPAs – it’s a painful process.

“We could move toward a 20-business-day standard rather than 10, even though the fund [documents] say 10. This last month or two, people have been extending out to 15 days or so anyway.”