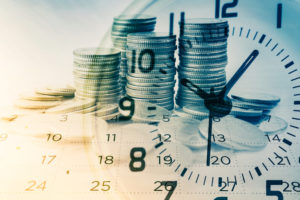 Three fund manager CFOs say they support the ability of funds to draw on their subscription credit facilities, or SCFs, and keep them drawn until after the final close of a fund. This span of time generally well outstretches the cap on days outstanding of many existing SCFs, many of which themselves already exceed the Institutional Limited Partners Association’s 180-day recommended maximum.

The sentiment arose in conversations with Private Funds CFO about ILPA’s draft recommendations for increased disclosure on funds’ use of subscription credit facilities. Those recommendations, still circulating for comment, are meant to supplement the organization’s 2017 guidelines, which recommend a maximum 180-day cap on the amount of time firms should leave their SCFs outstanding.

ILPA stressed to Private Funds CFO that the new draft recommendations are not final, and are subject to a “robust comment process” from market stakeholders including GPs, lenders, lawyers and their own members. While comments are due May 8, the organization says it plans to work with stakeholders who need more time to formulate their input.

Relatively few funds are currently able to keep their SCFs drawn throughout the fundraising process, which regularly takes one to two years. Credit agreements with fund lenders and fund LPAs that allow for such extended drawdowns aren’t unheard of, and have been more or less in use for years, but sources at GPs, lenders and lawyers say there is a sense that the desire to give more funds that ability is growing among fund managers, even if funds are subjected to shorter caps after the final close.

Firms looking for the option of prolonged drawdowns during the fundraising period would need to outline it in their fund documents, including the LPA, and negotiate terms with their SCF lenders. Credit agreements typically have limits on the number of days a drawdown can be outstanding, which themselves are typically based on the limits imposed by the relevant LPA. The idea here would be to create a carve-out in both that would allow a draw to remain outstanding until the final fund close, thereafter reverting to a shorter limit.

In part, the desire to have this optionality will have to do with managers’ outlook for the post-pandemic fundraising environment. “There’s certainly a component that the fundraising timelines are definitively going to change in a post-covid environment, so it makes it more relevant to have that flexibility to avoid true-ups and to use lines around that,” said Jeff Johnston, head of subscription finance at Wells Fargo, one of the largest subscription line lenders, with a borrower base that is reportedly largely comprised of market’s top fund managers.

Johnston notes that for some lenders (those that offer so-called ‘capital call’ lines, as distinct from ‘subscription credit’ lines) those shorter clean down periods are a fundamental core to the underwriting practice. But, he says, “Generally speaking the lender market is receptive to that, and not entirely reliant on 180 day or earlier clean-downs.”

At the heart of the issue is the rebalancing of LP interests after subsequent closes. Funds may call capital from LPs after an interim close in order to make an investment, but should they hold subsequent closes, existing LPs have to be compensated for having their holdings diluted – a process CFOs say can be tricky and penalizes new investors.

“LPs don’t like to pay more than they have to,” said the CFO of a global mid-market firm, adding that allowing the credit line to remain drawn throughout the fundraising process is in LPs’ best interests.

“To me, that should be ILPA’s recommendation to everybody. LPs and GPs should buy that, and the banks should generally support it,” the CFO said, adding that their firm is starting to request that ability now for new funds.

Another CFO at a mid-Atlantic growth and buyout firm said some of their firm’s past funds have had the ability to keep their SCF drawn until after the final close, and hopes to have that ability with the next fund. And a third CFO, at an East Coast mid-market firm, said their firm would likely strongly advocate for the ability in its next fund.

Most of the global mid-market firm’s SCFs can be outstanding for a year, said the CFO of that firm.

“But we’re starting to request that the loan be outstanding until final close, and that avoids the need to rebalance and it avoids penalizing second and third close investors who just can’t get in at the beginning and hitting them with an 8 percent charge,” the CFO said, referring to the preferred return LPs get before GP carry can be earned. In what the industry refers to as a “true-up,” investors joining in later closes are generally charged a “cost of capital” on their commitment to be distributed to existing LPs. That cost of capital may be the preferred return existing LPs were expecting to make on the portion they are effectively selling to the incoming investors.

The finance chief cited section 1446 of the new federal tax law that went into effect in 2018, which requires withholding for foreign LPs under certain situations. The law, according to the CFO, would treat foreign LPs in a rebalancing as selling their interests, subjecting them to withholding tax, as well as levy a withholding obligation for new partners in subsequent closes to the first. “By having your capital call line outstanding until your final close, you eliminate that,” said the CFO.

“That balancing work is horrible”

The East Coast CFO agreed that rebalancing LPs on subsequent closes is “unnecessarily painful,” and added there is “little risk of debt-financed distributions out the gate for a fund,” referring to instances of LPs receiving distributions from exited investments before they’ve even funded their capital commitments, a use of leverage some LPs frown upon.

That CFO said that, outside of the fundraising period, a uniform cap on days outstanding for an SCF is justified, whatever that cap may be (that firm’s most recent fund is capped at well below the ILPA 180-day recommendation).

“But give some real leverage for the initial period, particularly during fundraising, because there’s a lot of messiness to having subsequent closes, when you’ve already called capital,” the executive said. “That balancing work is horrible.”

If more GPs do seek the ability to keep their lines outstanding for the length of the fundraising period, it won’t likely sit well with the ILPA, which is concerned about the ability of leverage to distort IRRs, especially in the first two years of a fund’s life. Indeed, the as-yet-unfinalized recommendations may take the 2017 guidance, which recommended managers disclose IRRs with the use of credit lines, a step further. The current draft says managers should also provide a “clearly defined methodology for calculating” both amounts, while recognizing there is no standard formula for producing them.

But the idea of reporting two IRRs is still a controversial point with some GPs. “We’re not going to calculate two IRRs unless we’re absolutely forced to,” said the global mid-market CFO.