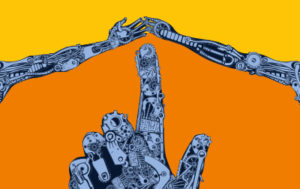 Cloverlay is not your typical mid-market firm. It is young – founded in 2015 – and bills itself as an investor in “adjacent private markets” through co-invests, platforms, joint ventures, fund restructurings and secondaries. Like many private capital firms, however, Cloverlay is a “slim shop,” says principal and CFO Omar Hassan. The firm has 12 full-time staff managing approximately $360 million. It will soon raise Fund II with a $400 million cap, according to market sources.

Hassan was previously a controller at Apollo Global Management and held similar roles at other firms in the credit and PE spheres. “I don’t have a tech background, but I have always dabbled in it,” he tells Private Funds CFO. “Robotics is taking operational efficiency to the next level.”

Processing invoices used to be a thankless job that required a lot of human hours and “you really needed to get it right,” says Hassan. Thanks to robotic process automation (RPA), for the last two years this has not been the case. Supplier invoices are now sent to an email inbox at Cloverlay; the invoices are scanned, information extracted and costs allocated to the appropriate funds or cost centers for sign-off.

This was never a massive volume task for Cloverlay; the firm processes anywhere between five and 15 invoices per week. But the human intervention typically required to allocate the expenses with consistency meant headaches and human error. The robot, which has been taught how invoices from various suppliers should be coded, now takes the strain. Humans are not removed entirely from the process, but by the time a human is involved around 85 percent of the work is already done.

It took Cloverlay between four and six weeks to get it up and running and complete the necessary testing. The firm worked with a consultant; “in the grand scheme of things it was pretty painless,” says Hassan, who has discussed this with other CFOs at similarly sized firms, but has yet to come across a peer doing the same thing. A lack of volume is a commonly cited reason, he says.

Processing invoices was never a full-time job – two or three hours a week typically. Instead, the hours “given back” allow operations professionals room for creativity. “It allows us to step back and say, ‘What do we want to spend our time on?’” says Hassan.