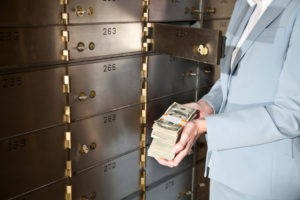 GPs are looking for ways to get capital into older investments that need support to get through the coronavirus lockdown.

One of the ways managers are accomplishing this is by expanding their ability to use their own proceeds to inject more capital into existing investments. The strategy can come in the form of putting debt on the older fund that can be used to support portfolio companies that need a bridge through the downturn, or need more capital to chase attractive investments.

LPs have been generally happy to grant such requests as long as they understand the motivation behind the moves and their alignment with the GP is not impacted, sources said. Some LPs, though, are reluctant to impose more risk on a fund by leveraging the pool, according to a family office LP.

“Unusual times call for unusual measures,” the family office LP said. “This is a hopefully once in a lifetime, tough thing happening.”

Two different types of fund-level leverage are popular in the market. Subscription lines of credit that GPs secure to fund capital calls for some period of time before collecting from LPs are considered temporary borrowing because they are used during a fund’s investment period. Permanent fund-level leverage, usually secured by net asset value of remaining assets, can be used any time during the remainder of a fund’s life, sources said.

It’s this permanent fund-level leverage for which GPs are seeking amendments in the downturn. Such permanent borrowing “is a layer of true financial leverage in addition to any of the borrowings at the portfolio company level, and is not temporary,” said Justin Storms, partner at law firm Debevoise & Plimpton.

To use fund-level debt, GPs need the ability to borrow on a cross-collateralized basis and they need to be able to borrow indefinitely, Storms said. GPs also have to work out what fund-level borrowing, which gives them a pool from which to invest, means for management fees on invested capital, Storms said.

“Most sponsors are waiving any management fees with respect to the increased invested capital that comes with this,” Storms said. “If the deal goes well, you’ll maintain your [carried interest], but investors rightly focus on not artificially increasing their fee base.”

Recalcitrant LPs might have experienced enhanced losses in the past from fund leverage and are reluctant to do it again, especially in a downturn.

“Some investors were maybe burned in the past, or don’t like the idea of leverage on leverage, even at modest levels of 10 percent to 20 percent,” the family office LP said.

However, LP cooperation with amendment requests for more flexibility around fund-level borrowing is not surprising, according to Doug Cruikshank, head of Hark Capital at Aberdeen Standard Investments.

Such borrowing helps GPs “extend defensive or offensive opportunities in the portfolio, and the ability to address those needs with non-dilutive debt versus equity is accretive to the LPs,” Cruikshank said. “Not all LPs are excited about funding these needs themselves.”

Expanding the ability to borrow at the fund level is one of several ways GPs are seeking to inject additional capital into older investments. GPs also are asking LPs for the ability to recycle proceeds of investment sales into older portfolio companies (or in new opportunities). GPs generally need LP authorization to do this through fund term amendments.