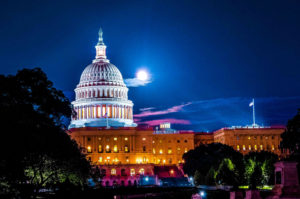 Here’s an interesting strategy to avoid taking a big hit on carried interest on short-term investments.

Some GPs are building flexibility in partnership agreements to waive performance fees on deals they sell after holding for under three years to avoid taking a bigger tax hit, sources told sister publication Buyouts.

Instead, they are able to push such fees, known as carried interest, to subsequent investments in a fund that are exited after the three-year threshold, which are subject to a lower tax rate, the sources said.

Under this strategy, limited partners would get 100 percent of the proceeds from deals subject to the higher tax rate, while GPs would collect nothing, sources said. In subsequent deals, the GP would have the right to collect a disproportionate amount of carry to catch up to what it was owed from the waived carry.

It’s not clear if a GP has used this strategy yet. But GPs are preparing to use it, which requires amending contracts on existing funds to allow for such flexibility, or building in the ability to do this in the limited partner agreements of new funds.

The three-year investment hold issue is more applicable to smaller, add-on investments a GP makes to a platform company. Firms tend to hold platform investments three years or longer, but they continue to make add-ons through the course of their hold period, which usually runs three-to-five years.

Each investment, whether an add-on or a platform, is subject to the tax rules. So in a single deal, a GP may be charged the long-term capital gains rate on the platform company, and the short-term ordinary income rate on add-ons held for under three years, sources said.

GPs would prefer to qualify for the lower rate, and so this has sparked conversations at firms about the ethics of choosing to sell or hold a company based on the tax considerations, panelists said.

The conflict would be GPs choosing to not sell a company before three years even though they might get maximum value for the asset, just to take advantage of the tax change. GPs on a panel at a recent industry conference said generally they would not allow tax considerations to sway their decision to sell. They are focused on planning for the impact of selling before the threshold.