President Biden still must name some political appointees to assist the Committee on Foreign Investment in the United States, but CFIUS continues to review deals that could give foreigners undue influence within certain US businesses. 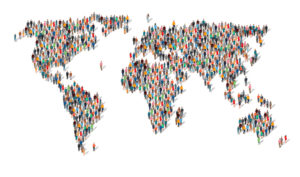 Some are watching to see if CFIUS transforms its approach under a new administration, especially given changes introduced through the Foreign Investment Risk Review Modernization Act of 2018. FIRRMA expanded CFIUS’s jurisdiction to foreign involvement in certain US businesses to “non-controlling investments, direct or indirect,” according to Treasury.

“What CFIUS is primarily concerned with is the private markets,” says Tyler McGaughey, a Washington, DC-based partner with Winston & Strawn, and a former assistant Treasury secretary who served as a senior CFIUS official under the Trump administration.

Say a PE fund adviser seeks to sell off a US-based business involved in one of three key industries – critical technology, infrastructure or sensitive personal data (referred to as “TID” firms) – to a sovereign wealth fund. “That’s a mandatory CFIUS filing,” says McGaughey.

The nine-member CFIUS – the SEC doesn’t have representation on the committee, which is made up mostly of Biden cabinet members – would have up to 90 days to rule on the submission. It could ultimately block a transaction if it were deemed to create a national security risk.

If a PE fund adviser owns a technology business classified as critical and its buyer is foreign, then the deal likely would have to go through CFIUS. It could depend upon how the PE fund adviser’s LP agreement reads. Many advisers have restructured their LP agreements to deny a foreign investor the perceived control that would trigger the CFIUS obligation.

However, the foreign owner’s role could be “non-controlling.” For instance, assume a five-member portfolio company board includes two seats held by a foreign investor, giving them veto authority over firm actions. This structure could be seen as a “non-controlling” stake because the two seats would wield “some ability to influence the US business” sparking the need for a CFIUS review under FIRRMA, says McGaughey.

“You don’t necessarily have to file,” notes McGaughey. “The benefit of going through CFIUS is, if your transaction is approved, you have a safe harbor.”

However, there are no statute of limitations should you elect not to voluntarily file and, if a deal were later found to have breached FIRRMA, penalties can reach $250,000 per violation.

The CFIUS structure dates to the 1970s when dominant concerns centered on fears that OPEC nations might attempt to buy key US businesses. Congress has revised it over the years. Current concerns focus on China, but it’s not the only jurisdiction that attracts attention. Any attempt by a Chinese company to buy a key US business, ie, a semi-conductor manufacturer, would surely draw CFIUS scrutiny, McGaughey points out.

Both parties to a transaction would have to complete their necessary paperwork to make a declaration to CFIUIS, and both elements would be filed jointly with the committee, he adds. The process can occur online.

There are some exclusions, ie, if a fund will be managed only by a GP who is a US person.

The five foreign countries responsible for the most declarations in the last year are Canada, Germany, Japan, Sweden and the UK. Certain investments coming from Canada, Australia and the UK can be exempt from filing declarations.