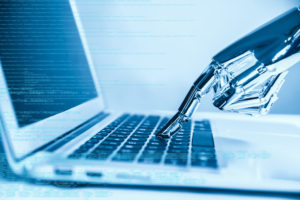 Jolt is a relatively new firm, having been established in 2012 with backing from Temasek subsidiary Vertex Ventures among other investors. It has a team of 11 and is raising its fourth fund for which it is seeking around €200 million, according to market sources. It is not a private equity giant, but the expectation of its partners is that one day it will be.

Jolt’s ability to scale should be greatly enhanced by its investment in a proprietary AI-driven software platform, Jolt Ninja.

Ninja monitors a vast array of open-source and third-party information services to find suitable investment targets. Since starting development in 2016 and going “live” in 2018 it has led to two bolt-on acquisitions for portfolio companies and one new investment for the firm. Another Ninja-sourced deal is due to be announced imminently, managing partner Schmitt tells Private Funds CFO. This is impressive for a firm that is not a volume player.

“We invest growth capital in late-stage tech companies with revenues of between €10 million and €100 million,” Schmitt says. “These are often too big for TechCrunch to cover and too small for the Financial Times. They are not sexy.”

As a result of this lack of media sex appeal, Jolt’s target investment universe is opaque and not easy to map; at least not for the human brain. Ninja, however, ingests data from open web sources, like company websites, as well as closed ones like subscription databases. It takes in datapoints from LinkedIn, news sources, patent filings, events and other data sources numbering in the hundreds of thousands. It uses natural language processing software to extract relevant information and build graphs of people, companies, revenue numbers and distribution agreements with resellers.

It has ingested and processed information on over 300,000 companies. Now half of all Jolt Capital’s outbound deal sourcing is led by Ninja’s recommendations.

What’s it like working with this type of robot? Much like working with a rookie human who responds well to training. “Every week I get an email saying that here are the companies that have been matched by Ninja,” says Schmitt. “At the start, probably only one in 20 leads would be interesting, but the more I tell it what I like, the better it gets.”

Ninja even tailors its recommendation depending on the preferences shown by each member of the investment team.

Such a program is not cheap to build. Schmitt does not give a figure for the investment, but the project has been the work of three full time engineers reporting into chief technology officer Philippe Laval and four analysts since work began on it in 2016.

Exciting as it is, has it been worth it? If Jolt were to remain a small player – raising less than €100 million per fund – then the answer would be no, says Schmitt, but this is about scalability: “We formed Jolt in 2012 and are growing fast. We asked ourselves what firm we wanted to be when we reached €1 billion in AUM. We are now more scalable.” Ten percent of Jolt’s revenue will continually be invested in Ninja.

Side note: the existence of Ninja has, says Schmitt, has had a deep impact on the partners’ investing behavior; they feel they can negotiate on a different footing. “Most people are worried about losing an opportunity. We are less worried about losing a deal because our dealflow is so robust.”