To mark the 20th anniversary of the CFO and COO Forum New York, Private Funds CFO is proud to present our inaugural New Faces of Finance list. Designed to run alongside our list of the CFOs that have helped shape private equity, we wanted to look to the future and demonstrate how the private markets industry is embracing a younger, more diverse talent pool. Nominations came from far and wide, with the list decided based on three criteria:

To be eligible, everyone had to be under the age of 40 on December 31, 2022. The final 10 is testament to the transformation of the role of the CFO into something that is attracting new talent to the private equity industry. The youngest, Pamela Ramigadu, chief financial officer at Adenia Partners, is just 31 and worked her way up from being an assistant accountant in 2012 to being promoted to CFO last year.

Like any modern CFO, she has played a key strategic role, using her knowledge of the company’s business model and industry to challenge the financial and operation teams and ensure that business decisions are grounded in solid financial criteria. Coaching, mentoring and leadership development is also a big priority and she “has been a visible leader in the business, an excellent communicator and a positive influencer,” according to her nomination.

We’re delighted with the New Faces of Finance list and are keen to produce a new honor roll for 2024, so if you have anyone you think we should feature, don’t hesitate to contact us at Private Funds CFO. Congratulations to all those selected and sincere thanks to all those who submitted nominations. 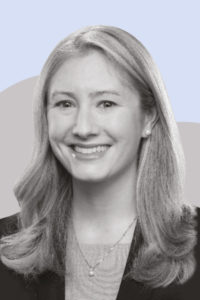 Ashley Belton Gold regularly advises some of the world’s most prominent sponsors, including Blackstone and KKR. In 2020, she advised KKR on a revolving credit facility for its $1.3 billion Global Impact Fund, which made headlines as the first-ever US sustainable use-of-proceeds syndicated subscription finance facility. She leads Simpson Thacher’s internal NAV working group and also serves on the US committee of Women in Fund Finance, working to support the advancement of women across the fund finance community.

Belton Gold is also a dedicated mentor to associates in the funds and fund finance practices at Simpson Thacher. 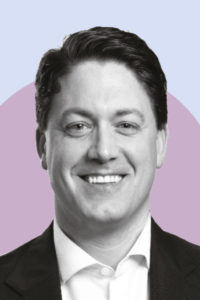 Bryan Cole was hired in January 2016 as BDC controller for Owl Rock – then a small, start-up division of Blue Owl Capital – despite having never previously worked in a controller role. Now, the firm’s direct lending business is worth over $65 billion in AUM.

Cole has led the effort across accounting, finance, operations, investor servicing and other operational areas in building out each of these critical functional areas over the past seven years. He also manages a team of 35.

“Over the years Bryan has demonstrated strong leadership skills, the ability to manage a large team, and solve for things that had not previously been accomplished in the industry before,” says Alan Kirshenbaum, CFO at Blue Owl Capital. 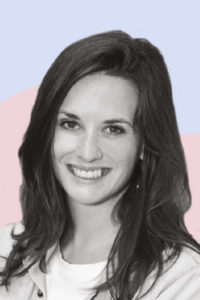 Nominated by numerous people, Anne-Claire Colomb is described as “fantastic and very smart,” “very professional,” “always looking for new financial tech solutions to improve funds performance” and “an upcoming star,” alongside other commendations. She helped to structure and professionalize the finance and compliance functions at Blisce, as well as structured investment vehicles in an “innovative way.”

Prior to her role at Blisce, Colomb was a chief financial officer at Otium Capital and a manager at PwC. With several years of experience as a CFO, Colomb has had deep involvement with operational, associate and portfolio companies. 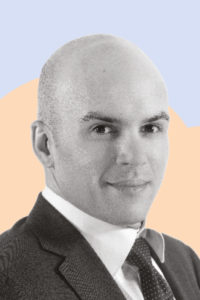 Since joining 17Capital in 2019, Greg Hardiman has sourced, led and/or executed investments representing over $2 billion in capital. In 2022, he led a $500 million preferred equity investment with a top 20 global private equity manager at the management company level, supporting a larger GP commitment to the manager’s latest flagship fund.

During his time at the firm, Hardiman has helped lead the development of 17Capital’s management company financing offering, providing private equity sponsors with solutions to drive franchise growth.

He is also an active contributor to the firm’s capital raising efforts, bringing in 17Capital’s first major US insurance company investor during his first year with the firm. He works closely alongside 17Capital’s recently expanded investor relations and investment teams to source deal opportunities and build out the firm’s relationships with top US investors and managers. He has taken a leadership role in expanding and developing the New York-based investment team. 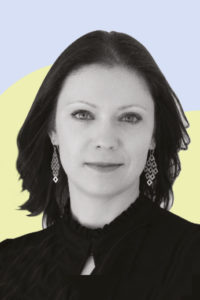 Since joining Quona Capital six years ago, Maryna Higgins has been the rock for the company’s finance function while Quona’s AUM grew from $90 million to more than $745 million. She “goes above and beyond to find time and listen to the concerns and ideas of her colleagues” and is described as “an outstanding role model and manager” and “a true linchpin of the organisation”.

With over a decade of experience in mid- and back- office operations, Higgins manages all aspects of Quona’s corporate finances and fund operations and reporting, working closely with the firm’s outside audit, tax, and legal advisers. She started her finance career with Small Enterprise Assistance Funds, a global small-to-medium enterprise investment fund manager. She was able to bring that knowledge and expertise and translate it into a new platform that allowed Quona to scale and focus on its impact mission. 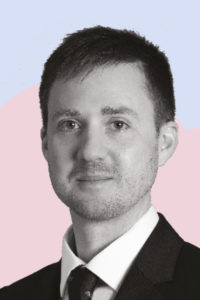 Matthew Maguire has dramatically improved fund reporting at the firm and helped to drive performance through the careful use of analysis and has been a thought leader on ESG. He has pioneered the use of data to monitor fund performance, supporting investment teams and ensuring that fund return targets are met. Maguire played a key role in the firm’s minority investment by Bonaccord Capital Partners that was announced in January 2022. During the complex process, he supported Park Square’s senior leadership team.

He was put forward for this list by Park Square Capital’s managing partner Robin Doumar, who says Maguire’s “strong technical background and record of delivering key initiatives marks him out as a rising star at the firm and the private debt industry more broadly.” 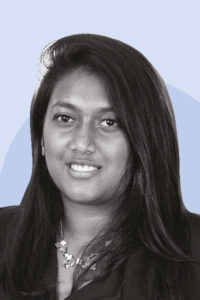 Pamela Ramigadu rose up the ranks from an assistant accountant in 2012 to CFO in June 2022. She improved the firm’s automated reporting and analytics systems to allow more time to be dedicated to forecasting and predictive analysis, and has made coaching and mentoring a priority throughout the finance organisation and back office. She is described as being “a visible leader in the business, an excellent communicator and a positive influencer”.

As an accountant, Ramigadu was in charge of all surveys to the authorities and assisted in the review of the financials of Adenia’s six offices across Africa. During that time, she also participated in the financial due diligence of two investees: Socolait in Madagascar and Mauvilac in Mauritius, together with the CRO. 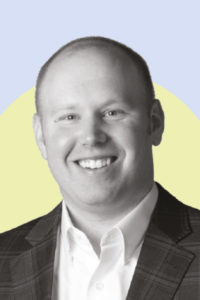 Through Sims’ management of Braemont’s “objectives and key results” framework quarterly, the firm has been able to employ systems that greatly boost efficiency. He has also led the transition into using eFront software to provide a better LP experience and scalable solutions, and operationalized the firm’s offices in multiple cities. “Steve brings a passion and intensity to Braemont that pushes everyone to be the best they can possibly be,” according to one of his peers.

Sims has a strong finance background, having worked as a private equity associate at The Stephens Group and an investment specialist at JPMorgan. This makes him well equipped to provide the investment team with quality feedback. 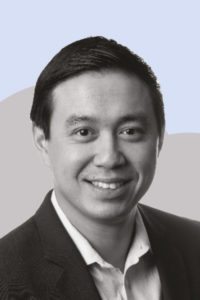 Since becoming Hometap’s CFO in July 2022, Wong “has already proven to be an invaluable asset to the company,” according to his peers. He held several senior roles at Forward Financing, which delivers fast funding to business owners and which aligns with Hometap’s mission to make homeownership less stressful and more accessible. During his time at Forward Financing, he supported an acceleration of the business in 2021 that included a $250 million credit facility and 60 percent growth over a six-month span.

Prior to Hometap and Forward Financing, Wong spent several years at Goldman Sachs as an investment banking associate, a position which saw him advising US financial institutions on mergers, acquisitions, and financing, before returning to Silicon Valley Bank as vice-president.

Colleagues further describe him as a “force to be reckoned with” due to his extensive experience in banking and financial services, as well as his passion for mission-driven performance and results that “make a tangible difference in the lives of others.” 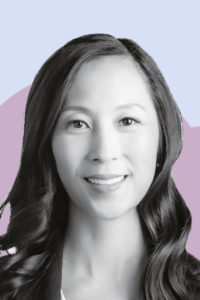 Appointed chief financial officer in 2022 after 13 years at the firm, Yoo leads Fengate’s finance function and is a member of the investment committee and finance and risk committee. Early in the pandemic, she led the design and implementation of a permanent remote “WorkFlex Policy,” which increased employee engagement and satisfaction and facilitated more flexibility, particularly for women, allowing them to better balance work-family life. In her prior role at Fengate Infrastructure, Yoo managed a team of more than 50, of which over 45 percent were women, and was responsible for fund and portfolio management for more than 40 of Fengate’s $15 billion-plus infrastructure investment assets.

She has served as a board member on several portfolio companies, including ONroute Service Centres, Ecotex Healthcare Linen Services, Railroad Management Company.