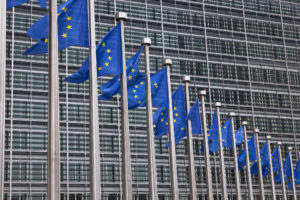 2021 will mark a step change in the way the European Union regulates environmental, social and governance issues in the financial services industry. An Action Plan launched in March last year had big ambitions, including to “reorient capital flows towards sustainable investment.” And, although concrete proposals are at different stages of development, it is now clear that asset managers – including private equity fund managers – will have to adjust their practices to comply. In particular, there is likely to be an impact on due diligence and investment approval processes, as well as investor disclosures.

But, although the direction of travel is very clear, delays to the publication of detailed rules could make it harder for fund managers to get ready in time.

The concrete proposals to emerge from the 2018 Action Plan include three new regulations: one to require additional disclosures by asset managers of their approach to ESG and the impacts of their investments on society; one to establish a “taxonomy” (or labelling system); and one to establish low-carbon benchmarks.

In addition, specific changes are likely to be made to the Alternative Investment Fund Managers Directive and to the Markets in Financial Instruments Directive to complement these headline law reforms. At the moment, the main thrust of these proposals is on disclosure and process, rather than requiring investment in specified “sustainable” activities.

For the private funds industry, the most important change is likely to be that heralded by the Disclosure Regulation, for which the EU’s three law-making institutions reached political agreement on earlier this year.

The new rules are expected to be effective in early 2021, but some are concerned that the detailed rules that will define the precise scope of the regime will not be ready in time to enable firms to adjust.

The Alternative Investment Management Association is one of eight signatories to a letter to the European Commission warning that the current timetable means that these important “level 2” rules may not be finalised until after the Disclosure Regulation becomes force. They urge the Commission to delay the implementation of the law until a year after the final version of these additional rules has been published.

This is important because the Disclosure Regulation will require most asset managers, including private funds managers, to disclose how they have considered sustainability issues that materially affect the value of an investment. Perhaps more significantly, firms will also have to say whether they have taken account of societal impacts more broadly – even those impacts that may not affect an investment’s value.

There are many open questions about how these obligations will operate in practice, and firms will need time to adjust. As the Commission points out, firms can start to prepare now but, without the finalized detailed rules, it is certainly going to be more difficult to ensure they will be fully compliant in time.

In contrast to the speed with which the Disclosure Regulation was agreed, the Taxonomy Regulation – which (as currently drafted) will require funds that market themselves as “sustainable” to meet various criteria – is facing some delays, in part caused by political disagreements about the substance.

The European Council, which represents the 28 member states, has recently published a “compromise proposal,” suggesting significant changes to the version agreed by the European Parliament earlier in the year. There is some debate, even within the Council itself, about what should constitute a “green” investment, in particular about whether nuclear energy should qualify.

The Council also wants to delay the Taxonomy Regulation until the end of 2022, with possible knock-on effects for other European initiatives – including the Disclosure Regulation discussed above, which relies on some consistency of vocabulary to ensure disclosures are meaningful. At the same time, there are moves in the European Parliament to extend the requirements of the Taxonomy Regulation to all investments, not only those marketed as sustainable.

As usual, the EU’s decision-making processes, relying on agreement from many different groups, some with vested interests in particular outcomes, will make consensus hard to reach, and these delays are, perhaps, not unexpected. Whether or not they are helpful to firms who are working to upgrade their approach to ESG, they seem inconsistent with the ambitious timelines implied by the Paris Agreement.

This story was originally published by Debevoise & Plimpton.