FX: As we’ve mentioned before, private equity managers aren’t traditionally big on foreign exchange hedging – the wisdom of long-term mean reversion and the cushion of high returns rendering hedges more or less irrelevant in the minds of some. But with the swings we saw in March came a bump in interest from PE firms in using hedges to protect and lock in value, two Investec bankers told me. They also mentioned that credit funds, under pretty severe stress, were looking to restructure hedges to cure LTV breaches (or to keep from breaching in the first place).

The thinking and hope among FX providers is that currency volatility even among developed-country currencies is the new normal (think GFC, the eurozone crisis, Brexit), and that big movements like those seen in March serve to fuel a growing awareness of their products among internationally active PE firms.

The thing I haven’t heard about is whether any acquisitions with deal-contingent hedges were walked away from. (Investec doesn’t provide these, the bankers quoted in the above article told me.) Those hedges are offered at a fraction of the price of the relevant option to a fund manager looking to purchase a foreign currency asset. A famous example involves Apollo’s failed takeover of UK packaging company RPC Group in 2019 (free to read). That one actually worked out well for the banks that offered the hedge, but it rattled some nerves in the market.

Borrowers can walk away from these hedges without any extra cost to them, leaving the bank exposed to a currency risk it can’t fully hedge: if they charge a third of the relevant option price, they can use some of that to protect themselves, but the other two-thirds is just naked exposure. The theory is that it’s unlikely a deal will fail (often the bank providing the hedge has a hand in bringing it to fruition) and that on balance, profits made from the successful closes will cover the tail risk of unsuccessful ones.

I was told recently that banks have been (or were, up until the pandemic and resultant economic chaos) offering such hedges at as little as one fifth of the price of the relevant option, down from around the aforementioned third, as competition between banks heated up and M&A activity was rolling along.

Axios’ Dan Primack recently wrote that “Abandoned deals have become the new normal for private equity”, which kind of begs the question of what might have (or have not) happened when the new normal of currency volatility and the newer normal of abandoned deals teamed up in March. Maybe there were no, or relatively insignificant, instances of banks being left hanging with a hedge, in which case their risk strategy paid off.

If you have any thoughts, please do get in touch (click the link below)! 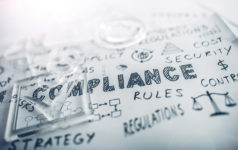 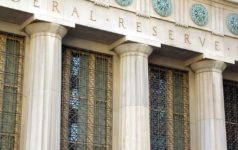