When EQT published the prospectus ahead of its public listing, one point we noted was that carried interest accounted for only 2 percent of its revenue. The remainder was made up of management fees. However, carry was forecast to grow to 25-30 percent of revenue in the medium term, assuming the firm manages to hit its investment returns targets.

Let’s take a closer look: EQT manages 19 funds across private capital, real assets and credit, and of those, only two (EQT VI and EQT Infrastructure II) recognized carried interest between 2016 and 2018. In fact, “more than 90 percent” of EQT’s AUM of €40 billion has yet to earn any revenue from carried interest, according to the prospectus.

“I don’t think it’s a significant concern,” said one LP who has backed multiple EQT funds. “Given the age profile for most of the funds, it’s unsurprising that they have not produced carry yet.”

EQT’s active funds have an average age of two years, and more than a quarter have been raised since 2018. “The private equity industry has grown rapidly since the financial crisis, meaning that many GPs have dramatically increased the scale and number of their funds, so this isn’t unusual across the whole industry,” added the LP.

EQT is one of the world’s most successful private markets firms when it comes to fundraising. It was seventh in this year’s PEI 300, which ranks firms based on how much private equity capital they have raised in the last five years. Its last private equity fund, which closed in 2018, was €10.9 billion.

During the first six months of 2019, EQT brought in €15 million in carried interest and “investment income” (related to the firm’s GP commitments) – just under twice the amount for the same period in 2018 – and €280 million in management fees.

The group predicts that carried interest will increase to make up “20-30 percent of total revenues in the medium term,” assuming that investment targets are met, and funds are able to clear their hurdle.

Q&A with Blackstone on ESG 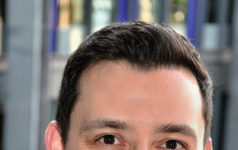