The homestretch appears in sight for the November advent of the new SEC rule for investment advisers marketing practices – yet the Commission has released but two FAQs tied to the new rule and none in 16 months, according to affiliate title Regulatory Compliance Watch. Advisers may have to face the prospect that more staff guidance may not be forthcoming.

That prospect wouldn’t disappoint CCO Josh Hufford with Loasby Nicolet Advisory Services ($1.4 billion in AUM) in Green Bay, Wisconsin. “I don’t really base decisions on [SEC] FAQs, if I can avoid it,” he says. Hufford prefers to rely instead on the rule’s 124-page adopting release. “In many cases, they’re better than the FAQs.” 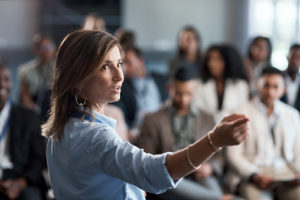 Another CCO that RCW spoke with described staff FAQs as vital. “They make their way into our” P&Ps, says the New York-based CCO, who asked not to be identified. Without SEC staff guidance, “we’ll incur unnecessary risks.”

Another challenge, according to the CCO, is a principles-based rule that lacks clear regulatory lines could invite overanxious marketers to push ad boundaries. When compliance can point to staff guidance, marketers can be reeled in, the CCO says.

“The worry is that the SEC will fill in the grey areas by rulemaking through enforcement, and that certainly doesn’t benefit anyone,” adds the CCO.

In May, Marshall Gandy, the SEC’s national associate director of the IA/IC exam program, said there would be additional FAQs tied to the ad rule. RCW sought to talk with Gandy about his pledge, but neither he nor the SEC’s public relations staff would set up an interview. This could signal a change of heart at the Commission regarding additional ad rule FAQs.

Some sources suggest that SEC Chairman Gary Gensler doesn’t covet staff guidance for industry. It’s notable that the Commission’s Division of Investment Management has released but one “no-action” letter in 2022, and that came in January.

However, staff guidance “helps the law develop,” says Bob Plaze, a partner with Proskauer in Washington DC, and a former IM director. “It becomes sort of the lubricant in the regulatory framework that makes everything work” and can, over time, make its way into formal rules.

“The purpose of the FAQs is to help the industry understand their compliance responsibilities,” notes David Blass, a partner with Simpson Thacher in Washington, DC, and another former top IM official. But sometimes staff FAQs can be ambiguous or not “crystal clear,” Blass adds.

Filling in the gaps

Still, staff guidance can clear up “some nuances that you won’t see in the rule,” says Karen Huey, owner of Professional Compliance Assistance in Woodstock, Georgia. “I think FAQ guidance is very useful, especially for something so sweeping as this, which is such a huge change.”

“There are a lot of open questions” prompted by the IA ad rule, says a Washington DC-based source who asked not to be identified. “It’s super complicated and there are interpretive issues.

“Informal staff guidance is incredibly important when there are reasonable interpretations around a provision” or a “lack of clarity around what a provision means,” the source continues.

But lines must be drawn around staff guidance, too. If staff try to push guidance too far then the staff’s interpretation would be better off being found in a formal rule adopted by the Commission, the source states.

People in the know

Another advantage of staff guidance is it comes from the people who wrote the actual rules, asserts Plaze. He spots a trend at the Commission where staff are less able to write guidance “without the direct involvement of the chairman’s office,” says Plaze. “That has been unfortunate.”

Some see as a target the administrative state in Washington, reflected most recently by a US Supreme Court case last month that challenged the Environmental Protection Agency’s reach.

So what do you do?

Without additional guidance from the staff on the new ad rule “it will be difficult” for firms, acknowledges Plaze. “People will have to rely on their own judgements or to rely on counsel.”

“No matter what happens, we’ll live with some room to interpret,” says Blass. Industry associations will discuss with their members “to compare interpretations” and the industry will land “on a collective understanding of how they interpret a rule,” he says.

Some, like Huey, hold out hope that the Commission can act quickly. “They need to give the industry guidance now so that we can be preparing months in advance.”

The words of the New York CCO spell out the prospects for industry compliance personnel. In the end, without additional guidance, you “give it your best shot.”