Private Funds CFO
Home News & Analysis Beneficient wants Kansas on the map for alternatives, and your help to...
Taxation 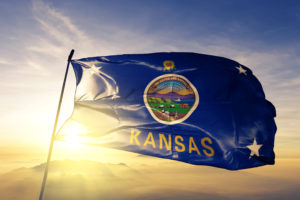 In July, Kansas will implement legislation that aims to make the state a hub for the alternative asset industry. Behind the legislation is Beneficient, a liquidity provider for individuals and small institutions invested in alternative assets, which says that the new set of industry regulations consolidates the most attractive features of the regulatory and legislative constructs of various states like Delaware, Wyoming and Nevada into one framework, while also funneling money from the activity generated toward the development of rural communities in Kansas.

The law, called the Technology Enabled Fiduciary Financial Institutions Act, allows for the creation and chartering of trust banks, to be known as TEFFIs, that as fiduciaries, finance alternative assets held in Kansas trusts as well as provide custodial and trustee services in the state. “Standard cost-effective” financing fees will go directly to funding economic development zones in rural and distressed areas of Kansas, according to Beneficient. In return, companies that establish a presence, with minimal physical requirements, in Kansas will receive a tax credit.

The framework was initially conceived of and brought to Kansas policymakers by Beneficient founder, CEO and chairman Brad Heppner – a sixth-generation Kansas native – and president and chief fiduciary officer Derek Fletcher. The company is funding a pilot program for TEFFIs and acting as the sole holder of a conditional trust banking charter from the Kansas State Bank Commission as of July 1, for six to 12 months. In the meantime, says Fletcher, the company is looking for input from the broader industry on the program.

Private Funds CFO spoke with Fletcher to get details on what the legislation aims to achieve, its role in the pilot program beginning in July, and how the grand project came about. Below are excerpts, edited for clarity and brevity, of our conversation.

How did the process of devising this law begin?

Derek Fletcher: We currently operate in multiple jurisdictions, and at the end of last year, we were beginning to commence operations in another state. We had a dialogue internally about our multi-jurisdictional operations from a regulatory and tax efficiency perspective, and then Brad Heppner [Beneficient’s founder, CEO and chairman] and I started visiting [Kansas] and thought, “What if one domestic jurisdiction took the best features of the statutes in a variety of other states and consolidated them into one comprehensive legislative construct and implemented that? What would that look like? What would it do for the industry?”

And we both concluded that it could really be a game changer, particularly for us by allowing us to be more efficient from an operational perspective. So at the end of last year, Brad had some dialogue with a local representative – a gentleman by the name of Stephen Owens in Hesston, Kansas – and discussed the concept. Owens thought that it was very intriguing and said that if together we could start working on the framework of what that might look like, we could then see if we can get some legs on it. So we prepared a three-page summary document that described what it might look like conceptually and what the salient features that that legislation would need to address are. And he took that in and introduced it informally to a variety of folks within the legislative branch, and received some positive feedback.

Then we worked with attorneys and then the Kansas legislature’s [Office of Revisor of Statutes] to really draft the legislation. We had a kind of instrumental part in participating in that process, providing feedback and what we thought would be appropriate language. That bill was then introduced in the state House of Representatives, and proceeded through committee hearings, both in the Senate and the House. We testified in favor of the legislation and as proponents and made ourselves available to answer questions around the alternative asset space in general, helping to familiarize various legislative representatives and senators with what this industry is, the nature of the assets, what the legislation does and what it means for the financial services space.

We worked with the Kansas Bank Commissioner and collaborated with the Kansas Bankers Association. We really had a buy-in from a variety of regulatory and industry participants in the process and then had a successful outcome, with unanimous passage in the Senate and an over 80 percent favorable vote in the House. The lieutenant governor and governor were also very supportive of it. And so it congealed at the right time and had the right support to facilitate its passage.

What exactly is a TEFFI?

Fletcher: They are really specialized trust banks that are focused exclusively on the alternative asset space. Unlike a traditional trust company that is going to provide trustee and custodial services to clients in a variety of different areas like estate planning, etc, TEFFIs are focused on the management and financing – across both debt and equity – of alternative assets. They are still subject to the same banking safety and stability standards, although those standards are customized to take into account the unique attributes of alternative assets, like their performance profile. So it’s taking that traditional banking framework, modifying it and applying it to alternative assets, but it still provides confidence to investors and the public that you’ve got a regulated entity that is subject to safe and sound stability principles but can operate exclusively in the alternatives space, and more efficiently.

And you imagine other kinds of financial institutions may want to become TEFFIs in the future?

Fletcher: You could see traditional asset managers using the TEFFI structure, and there can be some efficiencies that are garnered there, in addition to simply trustee and custodial services. Direct equity financing of these assets and permanent pools of capital could utilize these alternative asset trust structures and the functionality of a TEFFI to create some efficiency in their operations as well.

Under the Kansas law, the TEFFI can be a limited partnership, an LLC, a corporation [or other entity], and that way it can more easily dovetail into the structure of the applicant – whether that’s from a liability management perspective, for example, or a tax perspective, enabled to use it to block your [unrelated business taxable income]. There’s a lot of tax planning that you’re able to integrate into this structure by virtue of the flexibility the legislation provides.

What kind of presence do TEFFIs need to have in Kansas?

Fletcher: One of the things that is unique about this legislation is that it’s designed not to be a new home for companies, where there is a requirement that they have a significant physical presence in Kansas, but rather to help companies find an improved home for the vehicles holding and managing alternative asset investments. For that reason, there is a really minimal physical presence requirement. A lot of legislation in other jurisdictions are really focused on bricks and mortar, but Kansas was focused on having asset management occur, knowing that it would be done through technology platforms and pure people power.

What do you aim to achieve during the pilot program?

Fletcher: We will work with the Office of the State Bank Commissioner to develop applicable rules and regulations, examination standards and to make sure the department is comfortable and educated with respect to this space before it is opened up broadly to the industry at large. There is really no hard set timeframe as far as how long that pilot program will last. Our hope is that other industry participants are admitted sooner rather than later, but it’s really within the discretion of the Office of the State Bank Commissioner as to when other applicants would be issued charters and be able to operate. And again, that will really be a function of their comfort level once they’ve made sure that they understand the space and have the appropriate standards developed.

Are you working with other industry organizations?

Fletcher: We’ve been working to try to create a roundtable of industry. We would like to have a collaborative effort among the industry to discuss the legislation, to discuss rules and regulations and standards so that there could be a unified voice – not just Ben’s voice – that could be offered to the OSBC so that they could take into account what the industry overall, or at least a collection of the participants, believe would be appropriate in certain areas of the regulatory oversight function. We’re working to do that, not only for the benefit of the OSBC, but also for the industry itself and our intent that Kansas does become the epicenter of alternative asset management.