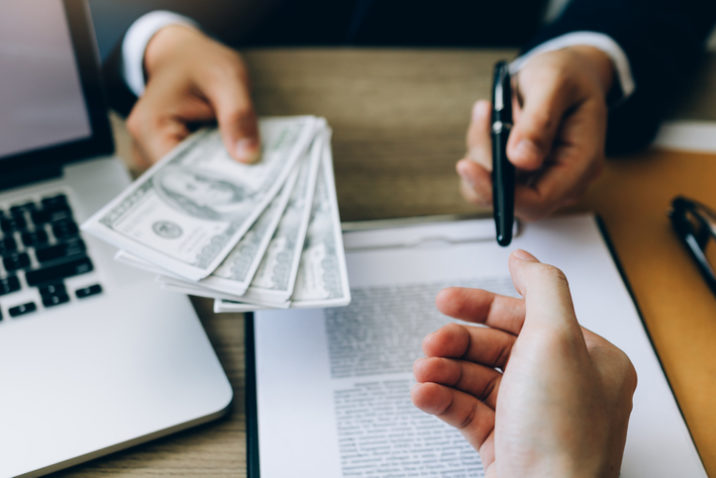 Clawback provisions in private investment fund agreements are designed to require the GP to return any distributions of carried interest that exceed the share of profits agreed upon among the investors and the GP at the fund’s outset. These provisions are typically applied at the end of a fund’s life, following the final liquidation of the fund’s assets. Many fund agreements also contain “interim clawback” provisions requiring a periodic hypothetical clawback calculation and return of excess carried interest distributions – often measured one or more times during the life of the fund.

Clawbacks are needed because investors in private investment funds typically do not receive a return of all their committed capital before the GP is entitled to carried interest distributions. Generally, the earlier in the fund’s life that the GP receives carried interest distributions, the more likely it becomes that the GP could be over-distributed at the end of the fund’s life.

Funds using “American” deal-by-deal distribution models are ripe for clawbacks. This is due to the fact that the GP is typically entitled to 20 percent of the fund’s cumulative net gain over the full life of the fund, yet a deal-by-deal distribution “waterfall” provides the GP with distributions of carried interest well before the actual cumulative net gain of the fund can be accurately calculated. On the other hand, funds that return LPs’ full capital contributions before the GP receives carried interest (known as “European” waterfalls) are less likely to experience clawbacks, but are not immune to the possibility.

During a boom-bust cycle, initial investments may be realized at a profit, while those remaining in the portfolio, or subsequently acquired, may lose value and in some cases may be written off completely. In that case, a GP using an American distribution model is very likely to have received more than its agreed-upon share of cumulative profits of the fund.

Traditionally, clawback risk was thought to vary depending on the investment strategy of the fund. For example, since most buyout funds invest in established businesses rather than the early-stage start-ups that venture funds typically invest in, large losses are less likely late in the life of the fund. This often explains why most venture funds have more conservative distribution waterfalls compared to buyout funds. In the current market, however, this distinction may not be valid.

Clawback provisions are standard in fund agreements and should give investors a degree of comfort that the economic deal they struck with the GP at the outset will be protected. Nevertheless, they can be complex and nuanced, depending on how they are drafted. In funds that require investors to receive a preferred return before the GP receives carried interest distributions, investors will want the clawback to be “two-tiered” to protect the economic value of the preference, as well as the overall profit split. A two-tiered clawback will provide that the GP must return carried interest distributions if the preferred return has not been fully satisfied, even if the GP has not been distributed more than 20 percent of the fund’s cumulative profits.

The tax impact of carried interest distributions (and related tax allocations) can also affect the clawback calculation and the extent to which the economic deal is protected by a clawback. This is because virtually all clawback provisions are capped at total carried interest distributions, less taxes. The rationale for this cap is to prevent a GP’s maximum return obligation from exceeding the GP’s total after‑tax carried interest proceeds. The determination of the GP’s tax liability is typically a hypothetical calculation based on various assumptions, including an assumed tax rate and assumptions regarding the application of losses and deductions.

Aside from the clawback mechanics, the creditworthiness of the GP (and more importantly, the individual carry recipients) is ultimately determinative as to whether the clawback will actually protect the agreed upon economic deal.

This is because the GP entity will typically distribute carried interest to the individual fund managers when received, leaving the GP entity itself with little or no capital. To manage this, LPs often require carry recipients sign stand-alone guarantees for the benefit of the fund’s LPs.

The impact of a particular fund’s clawback provision goes well beyond the investor-focused concerns we’ve outlined. Individual carry recipients’ cashflow needs could cause interests within the GP entity to diverge considerably. Tension often arises among individual GP team members. Senior members will often prefer a deferment or escrow of carry distributions to avoid potential clawbacks, while junior members are less willing to defer carry. This tension is magnified if the fund’s governing agreements require the senior team members to guarantee the full clawback obligation of the entire team. Delaying distributions could also hamper fund managers’ ability to attract and retain talented investment professionals.

While most fund agreements will contain some form of clawback provision, the variations in how these provisions are drafted and the creditworthiness of the ultimate carry recipients considerably affect the extent to which such provisions are capable of preserving the original economic deal. Fund managers seeking to raise a new fund can expect to be pushed by investors to address lingering clawback issues in prior funds.

Such was the fate of the venture community during fundraising after the dot.com bubble burst. Interestingly, many venture fund GPs did not actually return carried interest distributions to investors; instead they negotiated more tax-efficient and cashflow-friendly solutions, such as reducing future management fees to offset clawback obligations. Even when venture fund GPs did return carried interest distributions following the dot.com bust, the amount returned was often at a negotiated discount in exchange for early funding of a potentially uncertain clawback obligation due many years later.

Accordingly, as fund managers analyze the impact of covid-19 on their portfolios, they should also determine any resulting potential GP clawback obligations and whether steps should be taken to address such obligations, especially if they are considering fundraising in the near term.