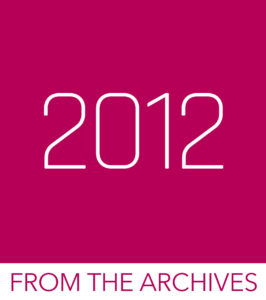 While many general partners are embracing the Institutional Limited Partners Association’s standardized reporting templates, most will make only minor changes to their reporting processes rather than fully adopting ILPA’s guidelines, according to an audience poll.

Approximately 64 percent of attendees at PEI’s annual CFOs and COOs Forum said they would  “enhance existing templates to include some new data and disclosures” rather than fully implement the ILPA template.

One issue that LPs have called into question is information regarding distributions and capital calls on the ILPA reporting template.

“As an LP that gets that information, I don’t want that information every single time that there’s a capital call,” said William Hupp, chief financial officer at fund of funds Adam Street Partners. “We’re very comfortable as LPs with the quarterly processes that exist and to try to get more granular between the quarters seems somewhat foolish.” He was speaking on a panel on international valuation and reporting guidelines at the PEI conference in New York.

Other questions on ILPA’s reporting templates, however, strike an important chord for LPs, according to Hupp.

“One thing that’s in the [ILPA] templates that is good and that we’re very concerned about is what our unfunded commitments are going forward. That’s the one thing that we like to get with each capital call,” he said. “We do have a desire for more data, so from that perspective to the extent that ILPA brings this topic up it’s not a bad thing at all, but I think we as an LP want to have more information about how those [portfolio] companies are doing, be it EBITDA or other basic information.”

James Hutter, head of private equity and real estate services at JPMorgan, agreed that there are pros and cons to implementing a standardized reporting process for GPs.

“[LPs] are more interested in getting information than [getting it] in a prescribed format,” Hutter said. “We need to realize that not everyone is going to ask for the same types of information. I think there’s a big focus particularly around capital call information more so than quarterly reporting.”

Regardless of whether GPs make only minor changes to their reporting methods, Hupp seemed optimistic that GPs and LPs would eventually come to an agreement concerning the best reporting standards for both sides.

“GPs want to build trust with the LPs,” Hupp said, “so ultimately I’m sure we’ll get there in terms of getting the information that we need.”