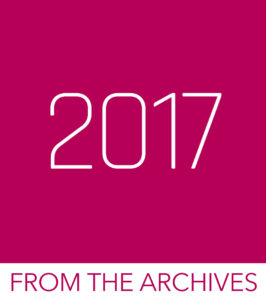 Delegates at the 2017 PEI CFOs & COOs Forum heard former Federal Reserve chairman Alan Greenspan give a keynote speech on whether the Trump administration can roll back the Dodd-Frank Act, and used the opportunity to talk about regulation and tax under the Trump administration, changes in their own roles and how to prepare for a Securities and Exchange Commission examination.

The Dodd-Frank Act has generally been a negative for the US economy, but scrapping it and starting from scratch will be very difficult, according to former Federal Reserve chairman Alan Greenspan.

Speaking at the Private Equity International CFOs & COO’s Forum in New York, Greenspan said it would be a “remarkable event” if incoming President Donald Trump repealed the act, given its density.

“The complexity of unwinding such regulation embedded in the system makes it nearly impossible. The Trump administration might take half of it down but I don’t think that’s enough,” he said.

He added one small positive aspect of the act is its increased capital requirements, and while he would eliminate all regulations to financial intermediaries, he would require they retain 20 percent of their capital.

The majority – 86 percent – of delegates said they would like to see the act dismantled, but agreed it would be very difficult to achieve. “[Reforming the regulation] would be hard to do. A filibuster would be possible, but a full rollback is unrealistic,” a panelist said during a discussion on the impact of Donald Trump’s presidency on private equity.

Several chief financial officers participating in the forum’s discussions said that there might be small amendments to the act which would be favorable to the asset class, insofar as acknowledging the industry “had nothing to do with the global economic crisis.”

Greenspan, who once described private equity as the “investment vehicle of the 21st century,” was chairman of the Federal Reserve System between 1987 and 2006.

His five terms at the helm were unprecedented, and his influence over the economy unparalleled. On February 26, 2007, Greenspan forecast a possible recession in the US before or in early 2008. Stabilizing corporate profits are said to have influenced his comments. The following day, the Dow Jones Industrial Average decreased by 416 points, losing 3.3 percent of its value.