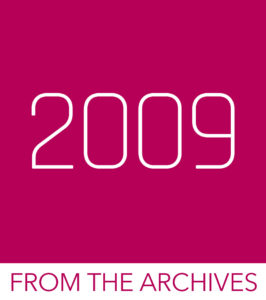 The newly installed administration of US President Barack Obama will have a “profound” effect on two attractive investment areas that private equity firms are exploring: infrastructure and renewable energy.

According to a panel of professionals at Private Equity International’s annual COO and CFO forum, Obama’s call for public funding for infrastructure projects like road construction could push out private capital looking for opportunities in the space. Obama’s commitment to moving the country toward more renewable “green” energy is also creating an attractive investment environment for private equity firms.

“One sector we’re seeing private equity firms step into­ is renewable energies. Green energy is a focus of what the new president has in store and we’re seeing excitement with funds and fund sponsors with a deep bench in that still burgeoning asset class,” according to Prakash Mehta, partner and co-head of investment funds and private equity group with law firm Akin Gump Strauss Hauer & Feld.

Obama’s call for public funding of infrastructure projects could push out private investment, Hahn said. Obama had announced plans to start a National Infrastructure Reinvestment Bank that would receive $60 billion over 10 years. The money will go toward transportation infrastructure. A portion of the massive $825 billion economic stimulus package being debated in Congress would go to funding infrastructure projects for roads, bridges and schools, among other things. The Obama administration “will have a profound effect on infrastructure investing. Infrastructure assets that are privately held like utilities and pipelines, people who own those assets will not have the same access to government funding, so those with liquidity will have opportunities there,” Hahn said.

Pensions are interested in infrastructure investments as infrastructure assets can produce “attractive” returns in the teens, he said. Excitement for oil and gas deals is waning, Mehta said, since the price of oil had collapsed so much. “The real excitement with the administration is the new energy space. That picture may change when the price of gas is $4 a gallon, but right now excitement for straight energy has waned,” Mehta said.