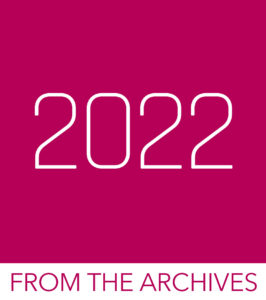 Blackstone may be a behemoth in the private funds sector, but that doesn’t mean it’s having an easy time in a talent market that has become more and more intense in the last two years.

During the 2022 CFOs & COOs Forum’s keynote interview, Vik Sawhney, who is chief administrative officer at the PE giant, said the firm is feeling the competition.

“It has never been harder to hire people. We all know that,” Sawhney pointed out. Unlike the days when young investment bankers from top universities cheerfully lined up, waiting to be tapped by a private equity firm, compromises now need to be made and new strategies adopted when it comes to hiring and retention.

Echoing many managers in recent times, Sawhney said the focus now needs to be on breaking with that investment banking, Ivy League tradition, and looking for the right qualities in candidates from different schools and parts of the country outside of financial centers.

But, as the new generation of professionals begin their careers, it’s clear they also demand a break from many finance career traditions.

“Some of us who are older, like me, when we were younger, you had a job and you sucked it up, and you didn’t get feedback. And that was sort of like a badge of honor, right? Like, ‘Geez, I’m miserable, I’m working really hard. But I did it. So the next person has to do it [too],’” Sawhney said.

“But the world has really changed dramatically,” he continued. “It’s not really acceptable as a manager to say, well, that’s the way it was in 1989, and that’s how it must be forever more.

“Employees are very desirous of training, of feedback, of professional development, of being more empowered in terms of their roles on project, of having more conversations about career development… It’s important to actively address what employees want and to be in dialogue with them about their professional needs and questions.”

Sawhney said that means having both informal and formal approaches to the new generation’s needs. Mentorship programs, transparency, training – but also pulling employees into your office for a coffee to talk about their projects and personal lives, Sawhney said.