“This legislation is transformational,” he says. “We don’t use that word lightly.”

Signed into law by President Joe Biden in August, the act includes reams of tax credits – spanning industrial manufacturing to purchasing electric vehicles – that are meant to help move the US toward decarbonization of emissions. Total spending tied to climate stands at around $370 billion.

Bernstein, who focuses on North Sky’s sustainable infrastructure side, points to the law’s price tag for climate-related measures. The company invests in construction and operation of energy assets, he notes. 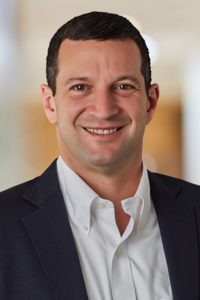 “This legislation is transformational”

There is a straight line from the legislation’s policy rationale to tangible actions.

“This is a very pro-development piece of legislation,” Bernstein says. “This legislation says it is the national policy of the United States to mitigate greenhouse gases through the development of environmentally friendly infrastructure. We’re going to solve the problem by building things that are clean.”

The tax breaks for climate-related projects are extensive, according to a primer from law firm White & Case. The new act introduces types of production tax credits (PTCs) and investment tax credits (ITCs) for “technology neutral” sources of electricity that apply to any project generating zero greenhouse gas emissions. The primer adds that these breaks, for projects that become operational starting in 2025, will be phased out when certain emissions thresholds are reached or by 2032, whichever is later.

The act, White & Case adds, includes a PTC for producing clean hydrogen, which is for 10 years. The law also prolongs familiar incentives: PTCs and ITCs for solar and wind have been extended for three years and one year, respectively. Eligible projects must begin construction before the start of 2025, per the primer.

Additionally, the new law provides a PTC for nuclear power, extends a credit for energy manufacturing facilities, and adds a PTC for creating and selling components for wind and solar power. The incentives for nuclear power and renewables components expire at the end of 2032, White & Case says. TPG Capital co-founder and executive chairman Jim Coulter said on an earnings call prior to the law’s signing that “this bill is almost 100 percent incentives… It’s a carrot bill driven to drive investment, and obviously that serves us well.”

The publicly traded PE firm benefits from the legislation in three respects, Coulter said. First, it helps TPG’s current portfolio, a sizable majority of which has already been deployed. And the magnitude of climate-related investment the law could enable will be large, at roughly $3 trillion as estimated by the REPEAT Project, which is led by Princeton ZERO Lab to evaluate US energy policy and progress toward net-zero greenhouse gas emissions.

“Personally, I think of that as, if that investment is going to happen, you probably have to at least double your money,” he said. “So, that’s a very substantial potential profit pool for investments, and that should open the aperture of deals that will make sense for us given our high hurdle.”

And firepower deployed from the US will likely have reverberations overseas, Coulter said. “The US tends to drive technological advancement around the world. So, driving changes in the US market, I think, is going to increase our aperture globally.” 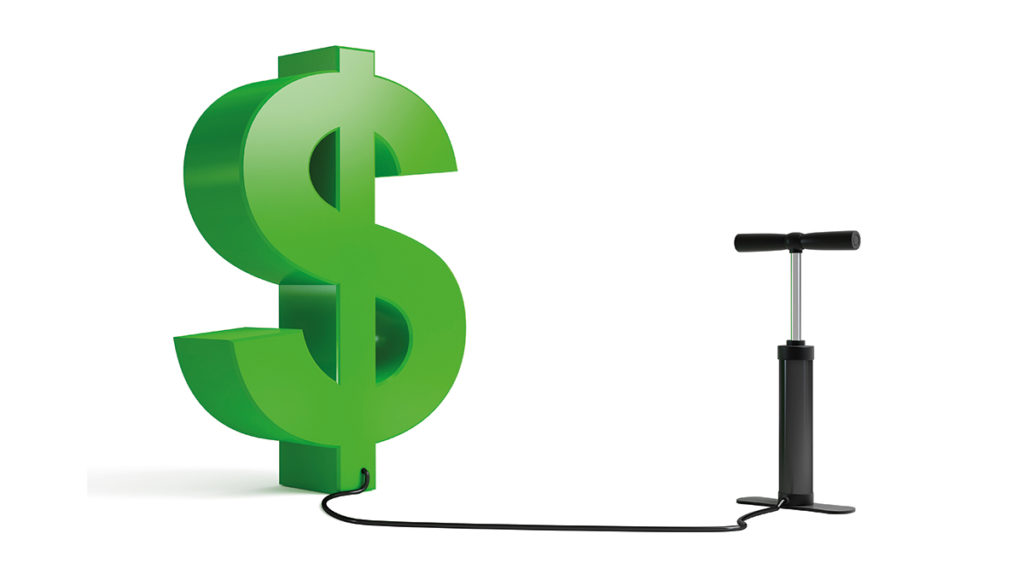 GPs talk benefits to their portfolios

Other provisions to watch, per a Congressional overview, include a credit for commercial fleets, credits for consumers to buy electric vehicles and upgrade their homes, and “breakthrough energy research” funding for National Labs.

The legislation boosts resources for the Department of Energy’s existing Loan Programs Office, including $11.7 billion in direct funding to support loan issuance; a roughly $100 billion increase in its loan program authority; and the creation of a new loan program for upgrades of existing energy infrastructure. Another lending component in the law is geared toward establishing places to build clean vehicles.

GPs see the law providing many benefits for their portfolios.

North Sky Capital’s Bernstein points to the solar and hydrogen ITCs as examples – an ITC is a credit that is linked to capital spending. North Sky focuses on renewable gas, community solar and battery storage, Bernstein says, but the firm plans to take advantage of the ITCs for solar and hydrogen in future investments.

Bill Green, managing partner at Climate Adaptive Infrastructure (CAI), says a credit to support energy storage will benefit pumped storage facility portfolio companies the firm already manages. One of CAI’s portfolio companies, Rye Development, is involved with pumped storage projects for hydroelectricity. Another company that will benefit, Green says, is Intersect Power, which is involved in solar and hydrogen.

The law could usher in a new method for how tax credits for projects are transferred to outside parties, with transactions done without equity included, per sources’ understandings. The ability to transfer tax credits can encourage certain tax-exempt entities to invest in a project that would give rise to them, according to JoonBeom Pae, a partner in Mayer Brown’s tax transaction and consulting practice.

As of now, only complicated structures like partnership flips and sales and leaseback transactions allow investors that are not developing a project to receive the associate tax credits from it, Pae says. Allowing for tax credit transfers directly can help generate more return for investors, among other opportunities.

Bernstein doesn’t anticipate the method being widely used right away.

“The market still has to get comfortable on safe harbors and structures for transferability of those credits for the near term,” he says.

And Pae doesn’t expect the tax equity structure to completely disappear, citing its familiarity to many market players.

The act is expected to significantly broaden sponsors’ opportunities.

Joe Blair, a co-founder at venture capital firm Bay Bridge Ventures, tells Private Funds CFO that he expects the law “will dramatically increase the funnel for climate tech start-ups by, I would say, five to 10 times” compared with today. This will translate to hundreds of new companies over the coming years, he adds. 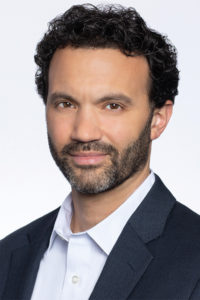 “[This bill] will dramatically increase
the funnel for climate tech start-ups by, I would say, five to 10 times”

Blair, whose firm launched in February, also expects companies to benefit from loans and lower input costs because of the law.

For Green, the law serves to expand CAI’s investment outlook to climate subsectors that it doesn’t specifically address. Citing historical changes, he expects these areas will be relatively overlooked – and thus present the potential for greater investment returns.

“As we’ve seen in the past, in the context of the energy transition, when a subsector becomes accepted as commercially mature… investment dollars flow towards it and returns naturally decline over time,” he says, pointing to the examples of utility scale solar onshore wind, as opposed to the underdeveloped offshore wind sector in the US. “So, investors who are seeking robust returns are forced to think about what might come next.”

The legislation has had both operational and financial effects on portfolio companies. 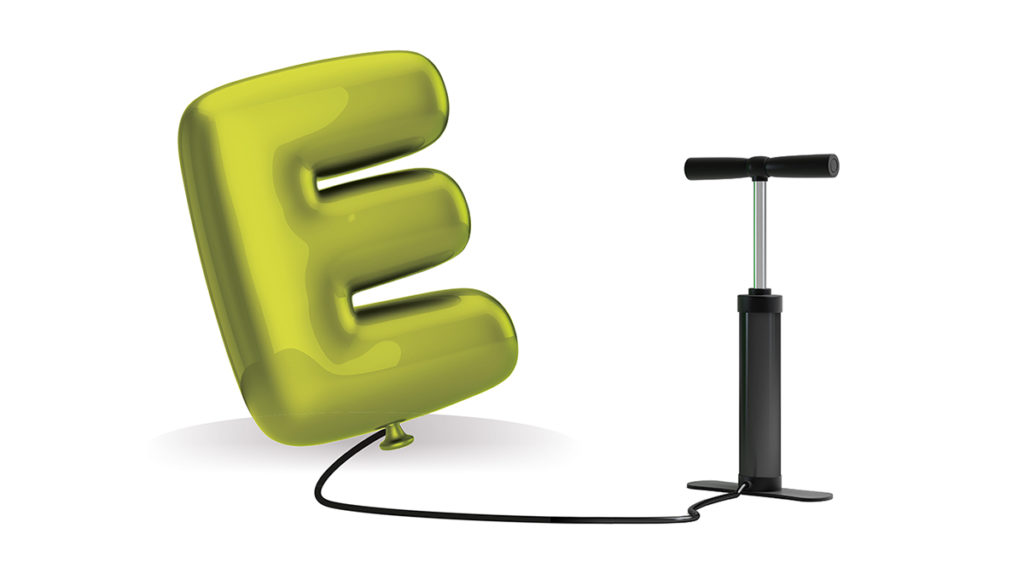 Rajendran, who works in TBM’s US private equity practice, says that mid-market PE firms often own commercial services companies, which can use tax credits for fleet upgrades to cleaner vehicles. These moves, in turn, can help to support their ROI on capital expenditures, he adds.

Rajendran notes that companies involved in alternative energy sources stand to benefit because of the law’s push to bolster energy security. Those that focus on electricity transmission are also beneficiaries, he says, citing an anticipated rise in electric vehicle usage. 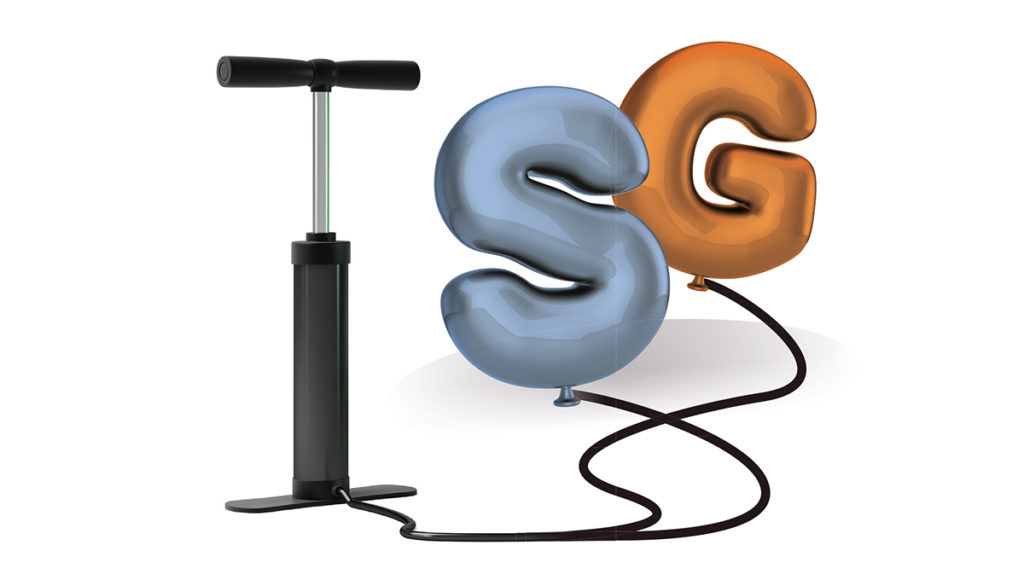 Portfolio companies outside the climate space could benefit due to energy savings and by raising their ESG standings, Rajendran says.

Blair sees the law as coming at a favorable time in a cycle for portfolio valuations, pointing to how the best performing vintages have come out of funds raised in the year or two after a downturn. As a result, he predicts that the legislation “is going to just pour rocket fuel” on the vintage edge.

And Bernstein says the law will substantially impact valuations. But he cautions “there’s subjectivity in that” due to dialogue that fund managers will have with their investors, auditors and accountants about the legislation’s tax credits.

“If you go out for a third-party appraisal, it’s generally accepted that values of tax assets will be included in that appraisal, and those fair market values are used for financial statements [and] lease transactions,” Bernstein adds.

David Larsen, managing director for alternative asset advisory at valuations firm Kroll, is taking a wait-and-see view due to tax uncertainty. He notes that companies will each need to wait for the IRS to publish rules for the legislation in order to figure out their tax situations.

New tax provisions: significant or not?

While the climate incentives are significant, the law also introduces a pair of new taxes for companies: a 15 percent corporate alternative minimum tax and a 1 percent excise tax on share buybacks.

Companies with adjusted financial statement income that averages at least $1 billion annually will owe the corporate minimum tax, according to a primer from Mayer Brown. This type of income is different than taxable income, the primer notes.

Many experts don’t believe that the tax will be a major issue for sponsors, Private Funds CFO finds.

Igor Rozenblit, managing partner with Iron Road Partners, says that most portfolio companies won’t be impacted by the tax because they’re under the income threshold. Rozenblit, who previously worked on private capital regulation at the SEC, anticipates that private equity firms will also be able to avoid the threshold by adjusting their companies’ adjusted income.

Mayer Brown’s Pae adds that ‘blockers’ – corporations that hold portfolio company interests to shield – foreign and tax-exempt investors from US tax liability, are less likely to be subject to the new tax, as well.

Whether the share buyback tax will matter is still a matter of discussion.

Larsen does not expect the tax – noting its small rate – to make a significant difference for investors when they decide on their asset allocations for public and private companies.