EQT will list later this month and the European private markets firm last week released its prospectus. Beyond the headline figures – the firm, which has €40 billion AUM, expects to raise up to €550 million through its IPO – the risks outlined in the document give us a glimpse into the operations of a private markets giant. Here are seven points of interest.

In 2018, carried interest accounted for only two percent of EQT’s revenue. The remainder was made up of management fees. However, carry is forecast to grow to 25-30 percent of revenue in the medium term, assuming the firm manages to hit its investment returns targets.

2. An EQT employee is under investigation for “unauthorized payments”

The employee in question allegedly made “unauthorized payments related to funds managed outside Luxembourg,” though the firm described the payments as “non-material.” EQT declined to comment further on the matter.

3. Citco is the fund administrator of choice

EQT has outsourced its fund administration, fund accounting and anti-money laundering services to Citco since 2014. The firm’s operational requirements are great enough that there are approximately 160 Citco employees dedicated to its accounts.

In 2017, EQT set up a hub in Luxembourg from which to domicile all future funds in order to “harmonize and future-proof the fund management operations.” Fund management approval in Luxembourg is integral to EQT’s success, with 81 percent of the group’s AUM dependent on it.

5. GDPR has not yet bitten hard

The maximum fine for failing to correctly follow GDPR is four percent of a company’s annual turnover or €20 million (whichever is greater). Thus far, however, according to the Swedish Data Protection Authority, the most expensive sanctions handed out have only been SKr200,000 ($20,686; €18,692).

6. An ongoing tax dispute could cost EQT up to $36 million

In a case expected to be tried this month, the Swedish Supreme Administrative Court will review an appeal by the Swedish Tax Authority regarding a previous ruling on a previous VAT-related tax dispute. If the previous ruling is overturned, EQT could be liable for taxes due between January 2016 and June 2019 – SKr200-350 million ($21-36 million). The ruling is expected between October and November.

EQT’s “effective management fee rate” has been 1.4 percent for each of the last three years. In a nod to a risk that should be on the minds of all private equity managers, the document states: “There is a risk that fund investors in future EQT Funds may negotiate a lower management fee, a lower allocation of carried interest and investment income to [the firm].” 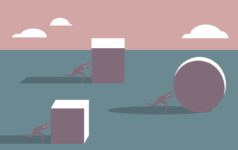 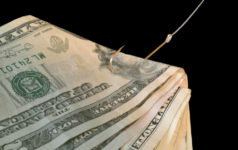 What it means when a fund ‘falls out of carry’