The world has seen severe dislocation in the public markets, with all major stock markets shedding up to 30 percent at one stage due primarily to fears about covid-19 and the slump in oil prices. Here are six options available to managers with funds which are fully drawn down and need additional capital.

The “standard” annex fund is typically a new fund vehicle offered initially to existing investors on a pro-rata basis. Any spare capacity is then offered to those investors who took up the initial offer and any remaining capacity is then offered to third-party investors. All investors (existing and new) buy in at a negotiated valuation (often backed up by an independent valuation report) of the existing portfolio with no preference.

Funds that are currently towards the end of their investment periods or their planned lives may well want to consider extending their investment periods to allow for a slower market or to extend their lives to allow for a more orderly realization of their divestments. Either case may require additional capital to be deployed into portfolio companies as their cash needs may well have changed due to business plans having to be revised (ie, supplies of raw materials, equipment, services being disrupted or costing more; sales of products or services being adversely affected; staffing costs remaining the same against lower productivity and revenues as staff fall ill or self-isolate).
Care should be taken to follow the correct procedures as set out in the fund documents regarding extensions, including seeking investor consents, and once approved, the relevant fund documents should be amended and restated to reflect the new terms.

A “strip sale” is typically a fixed percentage of the fund’s portfolio or subset of portfolio companies which are transferred to a new acquisition vehicle to which additional commitments for follow-on funding are made by an entirely new investor (typically a secondary buyer). It is different from an annex fund in the sense that a strip sale is typically treated as a partial disposal by the manager and therefore no investor consent is required. Since the existing fund’s capital is usually fully drawn down or the investment period has expired and therefore no capital can be drawn down, any fresh or additional capital required by a portfolio company or subset of companies would come from the secondary buyer via the new acquisition vehicle in which it (or a syndicate of investors formed by it) is/are the sole investor(s).

A disadvantage of strip sales is that if portfolio companies are further funded by the secondary buyer and not by the existing fund, the existing fund’s investment in such companies will be diluted going forward. This can be mitigated if the proceeds of the strip sale are not distributed by the manager but instead added back to investors’ commitments and made available for re-draw, but this will likely require amendment to the fund documents and investor consent, which may or not be forthcoming. However, it does provide the manager with a mechanism to mitigate the dilution effect. Since strip sales involve only a percentage of existing portfolio companies being sold, the fund will continue to hold the portion not sold by it and this may require an extension of the fund’s life as part of the strip sale transaction if the manager considers that a longer holding period is required than is possible under the existing fund term.

A typical “GP-led secondary” transaction involves the manager establishing a continuation vehicle. This form of fund restructuring involves the existing fund transferring its investments to the continuation fund, typically managed by the same manager. Investors in the existing fund can cash out or rollover into the new longer-dated fund. Investors who cash out have their interests purchased out of additional commitments made by investors who rollover, as well as commitments made by a new “secondaries” investor. GP-led secondaries transactions vary greatly in complexity and at their most complex, the following scenario (or variations thereof) is possible:

Cross trade of investments occur more frequently than people think. Cross trades can take the form of investments being sold and purchased between an early vintage fund and a later vintage fund or between a fund nearing the end of its life and a newly launched fund. A cross trade allows a manager to transfer an asset held within a fund which has either fully drawn its commitments or is nearing the end of its life to another fund which still has capital available for draw-down or a long enough life to see the investment through to maturity. Whatever the case, two issues are particularly important.

First, managers should ascertain whether cross trades are subject to affiliate/related party rules applicable to them and their funds. If so, these must be complied with as well as any applicable affiliate-to-affiliate and conflict of interest provisions in a fund’s governing documents.

Second, managers should not rely on a prior independent valuation of the fair value of the investment(s) being sold and purchased. This may be because such valuation is stale but, more importantly, because such valuation will not reflect transaction specifics and, accordingly, the transaction specific fair value may be materially different from the prior independent valuation. Thought should also be given, in order for the manager to discharge its fiduciary duty of good faith to the funds managed by it and their investors, to whether a transaction fairness opinion is also obtained from an independent financial advisor experienced in such transactions.

Some of the approaches described above can be utilized, but only through using a “preferred equity” structure. For example, a “preferred annex fund” is a new fund vehicle offered in the same manner as with the standard annex fund described above save that the interests issued by the preferred annex fund carry a high preferred return that is paid in preference to any returns to the investors in the main fund, but typically with the preferred return capped once the fresh capital (whether from existing investors participating in the annex fund or from new investors, typically secondaries funds) has received its full preference.

Similarly, additional capital raised in conjunction with a fund extension can come in the form of preferred equity. Of course, this could be obtained in the form of bank financing but secondaries investors typically offer more flexibility since they don’t require financial and non-financial covenants nor interest and maturity terms.

Although covid-19 is a novel coronavirus which is already showing that it can cause severe disruption in the public markets and is likely to do the same to private markets, we have tools at our disposal which were developed post-GFC, as well as more recently, which should provide managers with the ability to meet this crisis with more confidence and to produce outcomes for investors which preserve or enhance value. 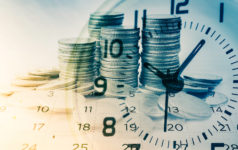 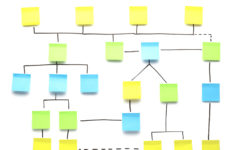 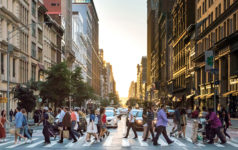