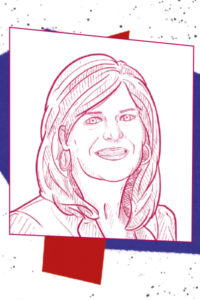 Patty Nykodym has been vocal in sharing best practices with her peers, and helped to steer FFL Partners through an era that included a global financial crisis, Dodd-Frank and a global pandemic. She was an early participant in such groups as PECFOA and a long-time, frequent panelist at the New York CFO Forum.

Like any other private equity CFO, Nykodym has had to learn to navigate a changing regulatory regime from the SEC. As her responsibilities piled on, she began tapping multiple third-party service providers, but the complexity of the work led her to approach them as partners, rather than merely vendors. “We have learned that cultivating good relationships with our vendors helps us to bring a service-first mindset to managing these mission-critical tasks that help us to better serve our investors.”

Then again, Nykodym has long prioritized cultivating resilient relationships, not just among service providers, but within her firm. “Knowing how and when to ask for help, and to how to properly delegate is so important; team members feel better when they can contribute and help solve questions and address issues,” says Nykodym. “Identifying the communication styles of each team member so they feel appreciated and know that their contributions are valued are also vitally important in being a CFO.”

This rise of soft skills is a frequent theme among the CFOs on this list, and Nykodym learned this firsthand. When she moved into a role as CFO after nearly 22 years at Deloitte, she tapped her network to share ideas and best practices, making her an early adopter of the relationship-centric program of today’s CFOs. 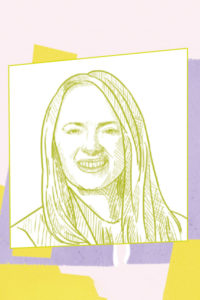 Anna May Trala has one of the longest tenures of anyone on this list, having joined Chicago-based GTCR back in 2003, serving as CFO ever since. That means she’s had to grow and adapt to a role that’s expanded to include responsibilities well beyond the internal financial operations that were the chief duties of yesteryear’s CFO.

She now leads the finance, treasury, portfolio valuation, portfolio on-boarding and performance monitoring, accounting, tax, investor reporting and technology functions, all while staying active in the broader CFO community, with a focus on helping other women in finance. Several years ago, Crain’s named her as one of the Notable Women in Finance, but her fellow CFOs have known that for years.

Trala remains on the cutting edge of what’s expected from a CFO, co-leading her firm’s DEI Council and Community Leadership (Philanthropic) Program, and their ESG-DEI Steering Committee. Given that many of today’s private funds CFOs lead operation disciplines like HR, it only makes sense that they’re stepping up to drive ESG and DE&I initiatives as well. Trala has long been committed to expanding access to the industry, currently sitting on the board of the YWCA, which has a mission of eliminating racism and empowering women.

It’s no surprise that some of the key lessons Trala learned over the years was how to be resourceful, stay a life-long learner, and have the courage to accept challenges, even if they fall out of your lane. “I was drinking from a fire hose for the first couple of years,” says Trala. “I was building a finance team and organization to not only catch up to where the firm was when I joined, but also to ensure that the infrastructure, processes and technologies were scalable as we grew.” And given GTCR’s good reputation, she’s accomplished just that.

She credits a mentor from her early days working at EY for giving her an example of a female leader in finance and PE. And that relationship has continued to help her guide her career, a fact that’s driven her to “pay it forward,” as well. Her devotion to that goal is one of the key reasons she finds herself on this list today. 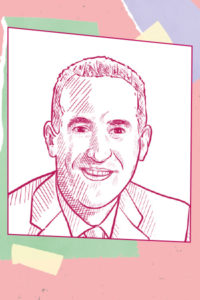 Marc Unger was without question one of the first selected for the list, driven by his sterling reputation in the CFO community. Unfortunately, he passed away in 2020. Still, his contribution lives on, and many CFOs we profile here recall a time when Unger provided invaluable advice or counsel, and was a cornerstone of PECFOA, constantly suggesting topics and tools for members. He was mentor to staff at his own firm and throughout the industry, with several crediting him for helping them become the CFOs they are today.

To many on this list, he was a trusted confidant, both due to his deep and expansive expertise as a CFO and his willingness to share that expertise with anyone eager for it. “It’s always been that if you need advice on something, call Marc,” says Shant Mardirossian, partner and COO of Kohlberg & Co, and a board member of the PECFOA’s New York chapter. “He either knows how to do it, or he knows who to refer you to. I was emailing or on the phone with him all the time, exchanging ideas.”

His own firm was well aware of the caliber of leader they had in-house. Tom Arenz of Harvest Partners recalls: “Certainly he was technically outstanding, but he was also tireless, selfless and fully committed to Harvest Partners. He added to what was an already very strong team and they followed his example of pursuing excellence and always going the extra mile.”

Arenz also shared that Unger was tremendously approachable, making it easy for everyone one at the firm – including junior staff – to share a question or concern. “Marc never sought praise – he simply went about his job with the highest level of professionalism and with a smile on his face that made him a pleasure to work with,” says Arenz.

In so many ways, Marc Unger was the model of the private funds CFOs we have today, and even if he’s not still around to inspire the next generation, many of the people he mentored most certainly are. 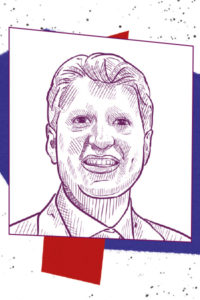 Atul Varma was named CFO of Hamilton Lane in 2020 – hardly the ideal time to take on a leadership position. But he’s fared well during a period dominated by uncertainty, and all the more so at a shop that juggles the many complex strategies that Hamilton Lane does. He came from a long stint at the Bank of New York Mellon, eventually serving as CFO and head of business strategy.

Looking back, Varma wishes he could have seen how the private markets would shift to enable a broader audience to participate in these asset classes. “In the early days, the client experience left a lot to be desired when compared to public markets and retail,” says Varma. “But that’s changed dramatically, with new structures, lower minimums and simpler ways to tap these markets.”

Every CFO on the list stresses the importance of teambuilding, but Atul Varma has an award to prove it, with Hamilton Lane making Pensions & Investments’ Best Place to Work in Money Management list for the 11th consecutive year. He credits a culture that encourages managers to invest in team members’ growth as a big part of their award-winning reputation.

He credits his time working with Rob Hull over at L Catterton for his success. “I learned from him early in my career that if you do well by your employees and clients, so too will you do well by your shareholders,” says Varma. “It is gratifying to be part of an organization that is truly committed to its mission of enriching lives and safeguarding futures and to keeping our clients, employees and shareholders in sight.” There must be something in the water over at L Catterton, as another CFO on the list Sandra Kim-Suk spent time at the firm. 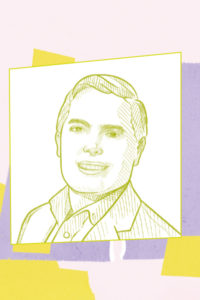 Adam Weinstein is another great example of a CFO who’s managed to punch above his weight, with outsized influence due to his commitment to building the broader CFO community. He’s also been the classic long-time CFO in the mid-market, having joined the firm in 2005 and watched his portfolio of responsibilities grow.

Today he oversees all non-investment team members across the firm and its business lines and helps oversee the investment team and manage the firm overall with the CEO. He is very involved with business development duties that have him spending serious time with LPs.

Looking back, Weinstein wishes he could have predicted how some parts of the industry would change. “As the financial crisis hit, we assumed there would be a recession, but I wasn’t aware exactly how it would impact our investors and the industry overall,” he says.

“So even though our firm was on an upward trajectory coming out of the slowdown, our investors were facing pressures from their boards on allocations and there was general animosity more broadly starting to grow directed at the industry.” New Mountain has tried to show through its consistent strategy of business building and value creation how private equity is a force for good that generates outsized returns.

He hopes the broader mandate of many CFOs will help them match the stature of public company CFOs as the years go on. “At public companies, the CFO is usually a very senior member of the company and management team and helps in many cases drive the company forward. [On earnings calls] The CEO would speak then the CFO would speak,” says Weinstein. “Back in the early days of the industry, the senior leaders were all deal folks, and a CFO was an accountant that handled the books.”

As a COO as well, Weinstein has assumed a senior leadership position and believes many of his peers throughout the industry could and should do the same.

Weinstein credits his investment in his peer network for a lot of success. “I would go have drinks with someone 20, 30 years older than me, and I would listen and absorb as much as I could,” says Weinstein. “I’ve been so lucky to have so many people mentor me over the years, from our CEO here at New Mountain to the community of other senior financial and deal professionals when I was early in career. My COO and CFO network really was born from the early days of the PEI COO and CFO forum.” That same network was kind enough to argue for Weinstein’s own place on this list.