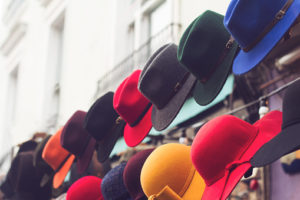 More than three-fifths of private fund CCOs are wearing multiple hats on the job, an analysis of SEC data shows.

There were 4,561 private fund advisors registered with the Commission in the first quarter of this year, Form ADV data show. Of those, at least 2,819 CCOs had more than one job at their firm.

It has become an article of faith in the industry that the bigger a firm gets, the more important it is to have an independent CCO. The SEC has even examined firms to determine how multi-role compliance officers prioritize their jobs.

The data from the first quarter of this year suggests that this gospel has been slow to spread among private fund advisors.

“In a perfect world, you would have a dedicated CCO,” said Kurt Wolfe, a lawyer with Troutman, Pepper. “But there is a range of possibilities for building an acceptable compliance function that might include a CCO that wears multiple hats, or a compliance team that reports to a dual-hatted CCO, or even outsourcing aspects of the compliance function to a third party. The key is to make sure your compliance function grows with the firm.”

This has been something of a breakthrough year for private funds here in the US. The Trump administration has opened up pensions to private offerings and reformed the Volcker Rule so that banks can back private equity and venture capital. At the same time, regulators have made clear that private funds have a lot of compliance work in front of them – especially on conflicts, fees and insider trading risks – and some reform advocates have even argued that there are structural problems in the way private funds do business.

“Building a solid compliance component requires devoting adequate resources – whether that’s funding for software solutions, retaining third-party consultants or hiring compliance resources in-house,” Wolfe said. “And it is imperative to periodically reassess your compliance resource allocation. Growth can be a good thing, but with it comes additional compliance burdens.”

We don’t lack for horror stories about what can happen when a fund’s compliance and business lines get crossed, but the Commission’s data suggests they might be just that – stories. Of the firms who registered with the SEC, only 277 said they had any kind of regulatory violation in their pasts. Of those, 118 had multi-hatted compliance officers, and 74 of them sole practitioners.

Of the CCOs with multiple titles, CFO or other top financial designation was the most common, with 808 CCO/CFOs. General counsel was the next most common, with 521 compliance officers sporting that title, followed by 470 chief operating officers or top operations executives. At least 90 firm CEOs, founders or top executives were also their firms’ compliance officers, the data shows.