The Securities and Exchange Commission turned up the heat last week when it cracked down on Apollo Global Management and WL Ross for allegedly failing to properly disclose certain fee allocations and conflicts of interest to LPs.

That’s on the heels of enforcement actions over the past year against Blackstone and KKR. And more is expected: Silver Lake is the latest large-cap firm said to be under investigation, according to media reports.

As pfm has noted before, the SEC is sending a strong message to the private funds industry that disclosure to LPs continues to be of the utmost importance. As a result of this uptick in enforcement action, many firms are now looking at past activities and even refunding fees in some instances, so as to be in line with evolving best practice.

That sort of proactive analysis and action shouldn’t be limited to the high-profile private equity cases hitting headlines, insiders say. An example? Just a week before the $53 million Apollo settlement, another firm quietly settled with the SEC – and while it wasn’t a GP, nor related to fees, it has implications for alternative investment firms.

Fortius Financial Advisors, a Salt Lake City-based wealth management firm, paid less than $100,000 to settle the SEC’s allegations that the firm and its founder and CIO, Jeff Bollinger, failed to reasonably supervise an employee accused of misappropriating funds. The regulator said the firm did not adopt and implement policies and procedures designed to prevent misconduct.

Bollinger was also Fortius’ chief compliance officer for its first 10 years, which made him responsible for implementing Fortius’ policies.

One problem, according to SEC documents, was that when Fortius was founded in 2003, its compliance program was created using an off-the-shelf template from a compliance consulting company. For significant portions of the firm’s compliance manual, the SEC said Bollinger failed to fill in the blanks or edit portions of the template to specifically address risks associated with Fortius’ operations.

In particular, procedures in the manual weren’t designed to prevent misappropriation of assets, and when Fortius became a registered investment advisor in 2010, it didn’t adopt any policies regarding the review of employee withdrawals from client accounts.

“The lesson learned is that you have to hire a professional compliance person,” Todd Cipperman, founding principal of Cipperman Compliance Services, told pfm. “The idea of dual-hatting is a real mistake. You need to hire someone who knows the Advisers Act’s requirements. It’s not intuitive.” There could also be skepticism about regulatory knowledge and time allocation for executives performing the compliance role in addition to other duties.

The SEC has previously stated that while it is not in the business of charging CCOs, some specific situations can require targeting a CCO if there has been blatant negligence or fraud on his or her part.

“It’s not our mission or business to go after CCOs,” Jennifer Duggins, co-head of the private funds unit at the SEC and a former CCO, said at the 2016 PEI CFOs and COOs Forum earlier this year. “We are going to assess quickly whether a CCO is not doing his or her job and we have the ability to determine whether that may be because the CCO has too many responsibilities or whether he or she is not getting the resources they need.”

Private equity firms may want to review closely their compliance program and make sure it is in line with the SEC’s current guidance and actions. 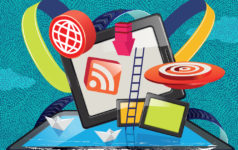 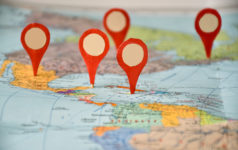 Fund domicile trends and developments; Everyone wants to know more about MAC

The GP commitment went from perk to pain

News & Analysis 22 hours ago
Added to your Saved Articles
Loading
Unsave Article
Please confirm you would like to remove this article from your saved articles.
Share with other subscribers
Only logged in subscribers of this site will be able to access the shared article.