This article is sponsored by Withum 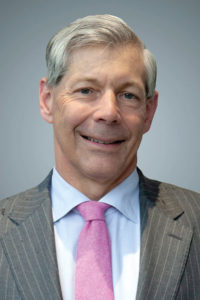 Like most things 2020, the near-term outlook for private equity is cloudy with a sprinkling of optimism. For now, the dark clouds of the covid-19 economy are parting and offering some clarity. With greater clarity come rays of positivity – one of which is co-investing.

In true pandemic form, industry suppositions and an analysis of the Private Funds CFO Fees & Expenses Survey 2020 responses create a disparity between what one might think ‘should be’ and what actually ‘is.’ If there is one thing industry veterans and newcomers alike have learned in these fluid times, it is that agility is key to formulating a realistic perspective and strategic plan for moving forward.

In doing so, it is important to note how – like covid-19 itself – the PE fund sector and the economy in general can shift at any moment. As a result, it is important to note that the following commentary synthesizes what respondents shared about co-investing in late spring 2020. What it all means and what we can expect moving forward are being theorized in late Q3 and early Q4 2020. And whether a second wave of the virus hits is anyone’s guess.

The who and the what

When posed with a general yes or no question as to whether a firm is even offering co-investments, three-quarters of the respondents replied in the affirmative. The fact this many firms are entertaining co-investing as a vehicle did not really come as a surprise. What did garner attention, however, was the revelation that this marked a 12 percent drop from the 2018 survey, where 87 percent were offering co-investments.

While this particular question was not posed in 2016, there are several obvious factors that have come into play over the last 24 months that could be influencing this strategy – the most impactful of which has to do with the SEC’s  emphasis on transparency in fund documents regarding the offering of co-investments to all LPs.

As a result, this may have forced some GPs to refrain from even offering them. Whether the SEC truly dampened the attractiveness of this structure is a matter of debate.

While cost-cutting has been the name of the game in 2020, one has to seriously consider whether this influenced the frequency at which co-investments were structured as separate entities rather than direct investments in portfolio companies.

Based on this data, one can hypothesize the practice of implementing a direct investment strategy is most likely linked to its overall simplicity. Direct investments are cleaner and offer a more streamlined process. In other words, in 2020 the more straightforward the better.

Despite the SEC’s deep dive into ensuring co-investors bear their proportionate share of transaction fees and expenses over the past four years, respondents mirrored the percentages from 2016 and 2020. When asked whether co-investors have any responsibility for broken deal expenses if the deal does not go forward, 57.5 percent replied “yes” if the co-investment entity has been formed (the deal breaks post signing and pre-closing), or because it is part of their indication of interest in co-investing.

Similarly, 42 percent of total respondents in those same years indicated “no,” either because [they] charge each co-investment deal that closes a fee to compensate the fund for the risk of being a broken deal, or the broken deal expense is purely a fund expense.

This level of consistency demonstrates although each deal is negotiated on an individual basis and there are inherent fluctuations, the mindset related to assigning broken-deal expense responsibility has remained fairly constant – with a slight deviation in 2018.

Speaking of assigning fees and expenses – broken deal or otherwise – there have been a number of line-item shifts since 2016. For the first time, this year respondents had the opportunity to weigh in on whether they charge a management fee or a fee for carried interest – to which they replied they do not at a resounding benchmark of 61 percent and 53 percent, respectively. Notable areas in which charge categories dropped by significant percentage points included:

– Organizational and/or set-up fee (down 11 percent),

– Carried interest equal to the carry payable by the fund (down 10 percent).

When not outlined in PPM, LPA or policy documents, the manner in which questions around undefined fee and expense allocations are addressed almost identically mirrors those from 2018. While there was a slight 3 percent bump in consulting with the LPAC, the most drastic change notes a shift away from the CFO as the sole decision-maker.

This point of consultation dropped 10 percent between 2018 and 2020, marking a new era where these decisions take on a more collective approach rather than an individual-responsibility response.

There is no doubt co-investing has been white hot, slowly weaving itself into the fabric of PE funds to become a preferred investment darling.

As the economy regains its footing post-pandemic, projections indicate the best is yet to come for co-investing vehicles. Most immediately, indications point to the fact that many funds are considering how – not when – to deploy their capital at a time when valuations are bifurcated.

Strong sectors like groceries, technology and logistics have fortified their place on the resiliency ladder. As a result, they are expected to garner a lion’s share of attention when it comes to near-future co-investment strategies. Transparency and smart technology are absolute priorities. Without them, long-term fund health is not possible.

As opportunities abound, investors, LPs and GPs need to be mindful.