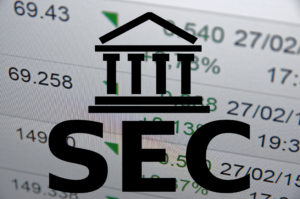 Robert Gravette, Mark MacArthur and Criterion Wealth Management Insurance Services stand accused by the Securities and Exchange Commission of breaching their fiduciary duty to investors, defrauding them and lying on their form ADVs, among other alleged offenses.

A 28-page lawsuit, filed in a Sacramento federal court on February 12 by Commission attorney Donald W Searles, seeks an injunction against the men and the company, as well as undisclosed fines and disgorgement.

Around that time, Gravette and MacArthur began rolling their clients’ cash into two separate real estate funds – one based in the Midwest (identified in court documents as “Fund Manager A”) and the other on the West Coast (“Fund Manager B”), the lawsuit claims. MacArthur was close friends with Fund A’s principals, and both Gravette and MacArthur went to college with the leaders of Fund B.

Some $16 million in client dollars went into those two funds – about 36 percent of Criterion’s overall portfolio, the lawsuit claims. What Gravette and MacArthur didn’t tell their clients was that they were getting “hundreds of thousands of dollars of non-advisory compensation” for enrolling clients in the two real estate funds.

It was “a glaring conflict” that netted $1 million on top of the fees the men were already charging Criterion clients, according to Searles. “Defendants kept their clients in the dark as to all these material facts, and in doing so, they violated their fiduciary duty and defrauded their advisory clients,” the lawsuit says.

Neither Gravette nor MacArthur responded to requests for comment.