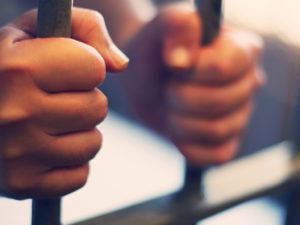 An embattled private fund is distancing itself from the former Securities and Exchange Commission official it hired to run its own compliance program.

GPB Capital says it was “stunned” to learn that its recently hired CCO, Michael Cohn, had been indicted on charges he used insider information from the Commission to tip GPB officials off about ongoing federal investigations.

“Upon learning of the charges, GPB Capital immediately relieved Mr Cohn of his duties as CCO, and replaced him with Aileen Doherty, a veteran chief compliance officer with more than 25 years of experience working with investment advisers and funds,” the company said in a statement sent on November 12 to sister publication RCW.

Doherty works for Norwood Advisors, a Northfield, Ill.-based consulting firm. It’s relatively rare for private or hedge funds to turn to third-party consultants for compliance because investors get skittish, said one veteran CCO.

GPB may not have much of a choice: It’s facing numerous suits from angry investors, as well as from former partners, after it missed an SEC deadline to file its financial paperwork and – under pressure from analysts – had to write off some $700 million in value.

It may be only the beginning of the company’s problems, said Matt Wolper, a plaintiff’s attorney who is suing several of the smaller regional broker-dealers who sold GPB to investors.

‘A rush of litigation’

“The pressure is building and mounting,” Wolper said. “There’s a lot of investors sitting on the sidelines. GPB keeps sending correspondence, telling them everything is fine. When the company goes into receivership, which I think is inevitable, then I think you’ll see a rush of litigation.”

On November 6, lawyers for a group of investors filed a class action lawsuit in federal court in Austin, Texas, alleging that GPB was nothing more than an elaborate Ponzi scheme, funded in part by a shady Russian oligarch.

GPB has promised to issue new financial reviews by the end of the year. Wolper is one of several who doubt they’ll make good on it.

GPB declined our requests for interviews.

Cohn’s lawyer, Scott Resnik of Katten, Muchin, Rosenman, couldn’t be reached for comment this week, but he’s promised a “vigorous defense” for his client. Cohn is facing felony charges of one count each of obstruction of justice, unauthorized disclosure of confidential information and obtaining information from a government computer.

On the last count, he may get some help from an unlikely source from the recent past. In 2015, a panel of judges for US Court of Appeals for the Second Circuit overturned the convictions of “cannibal cop” Gilberto Valle, who had been found guilty of – among other things – using a police database to look up personal information on potential victims in a lurid web chat room he had joined.

The divided panel of judges ruled that the law governing official access to government databases – Sec 1030(a) of the Computer Fraud and Abuse Act – was too ambiguously written to sustain Valle’s conviction because merely accessing a government database for personal reasons was not expressly forbidden by the act.

Other appellate courts have differed from the Second Circuit, which is usually a sign that the matter is headed before the Supreme Court. But in 2017, the high court refused to hear federal prosecutors’ appeal in the Valle case.

Still, Cohn may not need Valle’s defense. A source close to him and one veteran trial lawyer we talked to for this story said that it appears as if the feds are hoping to flip Cohn to get him to testify against GPB.