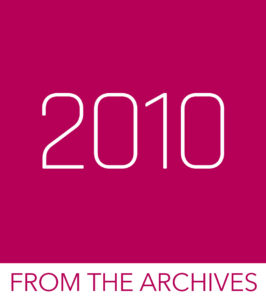 At the Private Equity International CFOs and COOs Forum in New York in 2010, the nearly 300 people in attendance were asked to respond to an informal poll about the ILPA principles.

As the instant polling results flashed up onto a big screen, one answer stood out from the rest: 32 percent of the audience had no opinion about the ILPA principles because they didn’t know enough about them. An astonishing admission, given ILPA’s set of terms-and-conditions best practices became a major industry talking point since being unveiled in September.

Championed by heavyweight LPs like the California State Employees’ Retirement System and AlpInvest, the principles urge GPs to institute more LP-friendly practices, such as adopting European-style distribution waterfalls, reducing management fees and allocating deal fees back to the fund. During an onstage interview at the PEI conference, Steven Costabile, global head of the private funds group for PineBridge Investments (formerly AIG Investments), told delegates they’d better get familiar with and start implementing the guidelines, or risk becoming irrelevant.

Adopting just a few of the investor-friendly ILPA guidelines will not necessarily be enough, Costabile warned. While discussing the power that LPs currently have in pushing GPs to adopt many of the suggested guidelines, Costabile said he recently attended a meeting between a major GP and investors. The GP had assumed that telling investors it had adopted at least some of the ILPA principles would be enough to placate LPs. It wasn’t.

While adopting one or two of the suggested measures might have made LPs swoon a few years ago, Costabile said LPs today increasingly view the ILPA guidelines as a checklist. A new fundraising paradigm may emerge in which the GP that ticks the most boxes will have the most painless access to capital.

That said, it’s also not necessarily the case that every single box will have to be ticked, either. As Wim Borgdorff, AlpInvest’s managing partner, said at a conference in London in 2009, the ILPA principles should help drive discussion and action constructive for the private equity industry, but “not in a set-in-stone, 10 Commandments kind of way.” As the pro-LP momentum shows no signs of abating, fund managers must have a strong grasp on the ILPA principles and be able to discuss why or why not their firm plans to adopt its various measures. For a GP that isn’t prepared to do so, it may just mean lights out.