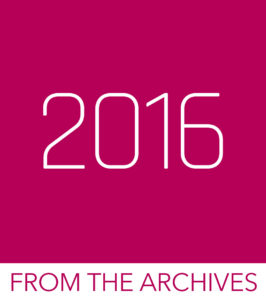 The much-anticipated fee-reporting template was unveiled by the Institutional Limited Partners Association at the end of February, but it was a speech by the trade body’s chief executive, Peter Freire, a couple of days earlier that should have caught general partners attention. Freire’s message was clear: the fee-reporting template is an inevitable step for the industry and GPs need to support it.

In total, nine GPs have publicly supported the initiative. When the template was first launched, it was endorsed by The Carlyle Group and TPG. Subsequently Advent International, Apollo, Blackstone, CCMP, Hellman & Friedman, KKR and Silver Lake have all given the guidelines their public backing.

But not everyone at the forum was convinced. Several audience polls suggested lackluster industry engagement, with nearly half of attendees viewing the template’s release as a negative development, while almost 80 percent admitted to not providing feedback when offered the opportunity.

Most in the industry agree that, conceptually, the template is a good thing, bringing transparency and setting global standards. But, in practice, GPs aren’t sure how it will be applied. Nor are all LPs convinced, either. Some at the forum worried about the overwhelming flow of information that will come their way with the new template.

Freire admitted there will be transitional costs, but believes that, in time, the template can achieve economies of scale. ILPA has promised to continue dialogue with the PE community, but the onus should be on GPs to play their part. They may be reluctant to change, but they can at least provide ­feedback.

“I believe sincerely that the outcome is best achieved when we work together in partnership,” Freire told delegates. Perhaps his most ominous message was that if GPs and the broader private equity community fail to adopt the template, regulators around the world could get involved.

“We can no longer operate as a cottage industry,” said Freire, adding that “at the end of the day, either we work together to improve transparency or others will do it for us.” Freire asserted that by having the industry body address such a task, it can limit additional regulation and scrutiny: “The ball is in our court.”

However, some delegates at the forum believe it is inevitable that regulators will get involved regardless.