This article is sponsored by Sumitomo Mitsui Trust Bank, Ltd

During this long expansion in private capital markets, investors have stayed hungry for more options and new products, but not without increasing their demands on GPs for greater transparency and more attractive terms, that can often include privileged access to a particularly popular strategy. One way GPs are keeping those prized LPs happy has been by offering a separately managed account that is customized to their particular preferences.

Financing plays a role in managing such accounts, and it’s crucial to find the right lender and the right terms to make the most of this strategy. We spoke with Tommy Constantinou and Susumu Koguchi, both first vice-presidents and co-heads of fund finance at Sumitomo Mitsui Trust Bank, about how GPs should be thinking about SMAs and how to finance them.

How should GPs think about launching an SMA?

Tommy Constantinou: What usually happens is a fund manager has a large, commingled fund, which we will call their flagship strategy. That could be $5 billion-$10 billion, but there might be a very large institutional investor who wants an approach more tailored to their needs and wants. They will often commit to the flagship fund, but then negotiate with the managers to set up that more customized vehicle, separate from the flagship strategy. It’s usually due to some term or preference that can’t be included in the commingled fund.

The fund manager originates an SMA from an investor, which could be a new or existing LP. As a lender to these vehicles, we will get a call or an email from a fund manager saying they are prepping a new SMA. They will reach out when it’s probably going to close in one to two months, but they need to know they can secure the financing in order to make the strategy work because in today’s environment, GPs need quick and easy access to capital.

And it’s probably even more important to an SMA because the manager’s not going to send notices to the investor every week saying: “Please send us money so we can make this investment every week.” That’s why we view a subscription facility for SMAs just as essential as facilities for commingled funds.

As much as SMAs have grown in popularity, we have noticed that the vast majority of lenders today are not comfortable lending to them. Some may not have experience with them, or the lenders prefer the idea of diversity when they lend to a particular financing strategy. Over the years, we have become comfortable lending to SMAs, so long as it’s backed by an experienced, well-known investor. For us, it’s a matter of appreciating quality over quantity.

What are some nuances GPs should keep in mind when pursuing subscription facilities for SMAs?

TC: The documentation will look and feel the same as a commingled fund, but there will probably be some additional requests from a lender. For example, an investor letter which establishes a direct connection between the lender and the investor. In a commingled fund, a fund manager may have hundreds of LPs, and most of those LPs will never have any interaction with the lender. Lenders are viewed as third-party service providers, whereas in an SMA, it’s a much more intimate relationship where there’s only one investor and the GP. And if a lender is going to sacrifice diversification in this situation, they will want that direct linkage, or connection to the LP in question. So that investor letter is crucial.

Given the power of relationships in this dynamic, should a fund manager seek out a lender that has previously financed an SMA with that particular investor? Or at least has some pre-existing relationship with that LP?

TC: Obviously, that might help. But we don’t think it’s a prerequisite to have a direct relationship between the lender and the investor. Now, to be clear, a fund manager might get more competitive terms as a result. And if that lender has done a similar transaction or a transaction with that investor elsewhere, there’s going to be additional efficiency. If they already negotiated document with that investor in another deal, there’s no need to re-create the wheel.

Does the location of the lender matter? Should fund managers seek out financing from lenders close to them? Or close to the LP that’s funding the SMA?

Susumu Koguchi: Fund managers normally expand into new geographies either organically or by acquiring local teams, but often it’s hard to resist returning to what they know best, and might stick with say, the New York bank where they have the longest and most rewarding relationship. They will ask for that bank to set up an Asian credit facility, but it will be administered out of New York and governed by New York law, which may not always be appropriate for the specific nuances involving that Fund or LP based in Asia. So I would say there are ­cases where the best lender isn’t based in the US and we have even referred our London or Singapore teams for certain facilities that we felt were a better fit abroad.

For example, we have lent to Korean SMAs, Japanese SMAs and other Asian jurisdictions. What’s interesting is while everyone seeks to invest in a particular fund, each tend to do so differently. There is certain tax and regulatory reasons why they may need to structure through a trust account or through an offshore feeder fund vehicle and having a bank who is familiar with that, who’s able to peel back the layers, is invaluable.

A lender may notice that maybe there’s a special purpose vehicle in between the ultimate investor and the investment in a fund. So, for a bank that is not familiar with that, they might be unnerved or simply cautious about the structure, with terms that reflect that.  But someone who has the expertise and experience will know that particular LP is the largest XYZ investor in this jurisdiction, with a long, attractive track record. And as a result, the lender won’t penalize the borrower with onerous terms or by passing on the deal.

This gets to the point that the right lender needs more than a local presence. If a fund manager taps any random local player and asks: “Can you provide me a subscription facility?” and the player has no experience or knowledge in this arena, there can be bumps. Sure, that lender might throw out a competitive interest rate for that offering, but the setup cost and the execution might be cumbersome and slow.

Then again, if that lender is familiar with the fundamentals of subscription finance, with capacity in that local jurisdiction, that combination probably generates good terms and a smooth execution, which is no small thing, as time is money. Remember, the CFO looking to arrange the facility has a million other things to worry about, so they appreciate ease of execution.

Are there some key principles GPs can apply to SMAs to ensure the process only gets smoother over time?

TC: Absolutely. Standardization, for one. I’m aware that’s an oxymoron. SMAs’ reason to exist is that they have truly unique terms and structure suited for that one LP. But there’s a chance to have a standard template for an SMA that can then be somewhat customizable to address any needs particular to the situation.

The other principle is to build bankable provisions into the fund structure early. We have seen some managers place an investor letter concerning the subscription facility SMA in the appendix of the LPA, so upfront, the terms are there, blessed by the investment committee early.

Then when it’s time to set up the subscription facility, that’s effectively done. A huge part of the negotiation has been settled and then it’s a matter of executing the facility.

Now, if a GP has a certain investor that’s participated in multiple SMAs over time, there’s a chance to “memorialize” the terms, so there’s less renegotiating. It’s a matter of saying: “This is what we’ve done in the past, and this is well within that range.” And then it’s much easier for their own investment committees to bless it.

But again, the nature of SMAs give LPs the chance to be fickle, and demand something completely different, no matter what happened the last time around. But everything the GP can do to standardize terms and structures will free up the time to be truly nimble in meeting the demands of that LP. 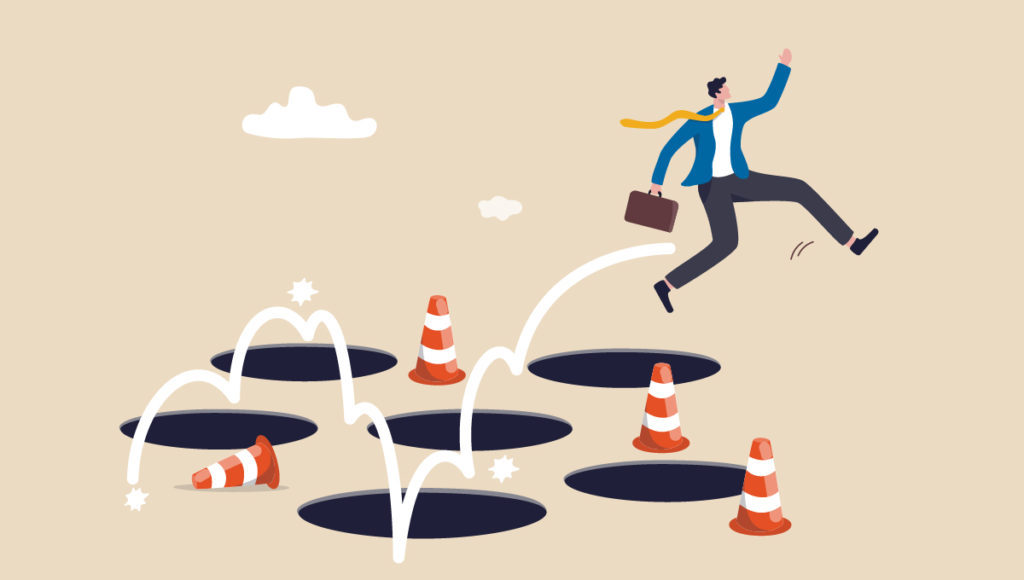 As fund managers seek out the financing for SMAs, are there any terms or pitfalls they should avoid?

TC: Let’s take a step back and understand the unique dynamics in play here. The process gets complicated because a GP is probably used to just negotiating with the lender when in this case, they are also negotiating with the investor. Because this is a customized vehicle, the investor will be a lot more hands on than they would be in a commingled fund, and that can sometimes conflict with precedent.

Most GPs aren’t comfortable deviating too much with what they have done in the past, which makes sense, but sometimes they have no choice based on the needs and wants of the investors in SMAs. By their very nature, SMAs will take fund managers out of their comfort zone, which also argues for working with lenders familiar with the process. Now, that doesn’t remove the tension between the commingled fund and the SMA.

What happens if the SMA doesn’t have a subscription facility, but the commingled fund does, and the performance between the two vary dramatically? What fund manager wants to have a conversation about that with their LP? Even though the SMA is customized to the needs of that one investor, the GP doesn’t want the returns to deviate too much between the flagship fund and the SMA. So, making sure both facilities have a financing product that are fairly similar within a certain range, to achieve consistency in returns, is worth the trouble.