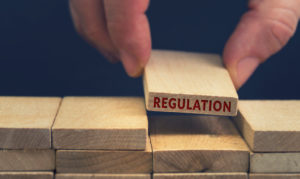 A new survey from accountancy and consulting firm EisnerAmper suggests that there is a lot of work remaining for firms to prepare for the Securities and Exchange Commission’s proposed rules for private funds, which cover compliance and reporting. The findings showed that only 16.9 percent said they were “very prepared” when asked about their own company’s readiness for the rules, while 53.2 percent said they were “somewhat prepared.”

The survey results shared were taken at a 21 June webinar and were from 235 financial services executives who attended.

The private funds rules, at a glance

Webinar speaker Mike Sherman, a partner at law firm Dechert, summarized a slew of requirements for private funds, including those affecting registered advisers.

Fund investors will be entitled to disclosures of side letters agreed between advisers and fellow LPs, either whole or in part, he noted.

Advisers will face curbs on how fees are allocated. This includes barring funds from assuming advisers’ own compliance costs, along with not charging fees for services that are otherwise not expected to be performed. Funds will also not be able to bear fees that are meant for co-investors.

For registered advisers, there will be a mandate to provide detailed accounting of payments made to the adviser or involving portfolio companies, which will be included in quarterly disclosures to LPs. The disclosures will also include performance reporting with a “standardized approach,” Sherman said.

Under the new rules, third-party fairness opinions would be mandatory for adviser-led secondaries transactions.

Other proposed requirements include annual audits for every type of private fund and replacing private funds’ gross negligence standard with a simple negligence one. GPs will also be prohibited from using the tax system to reduce the amount of GP clawback they may owe.

Most respondents did not feel that the private funds rules will be the toughest to comply with when compared to other major pending SEC regulations. Only 13.6 percent said that they would be the hardest to implement, while pending regulations to toughen climate-related and ESG disclosures, and prevent the misleading naming of funds, came in the highest at 41.2 percent.

The survey also asked about pending SEC rules affecting Form PF amendments and cybersecurity. Asked about which of the four proposed regulations were most likely to be finalized during the coming 12 months, a plurality of 44.3 percent replied that all of them would.