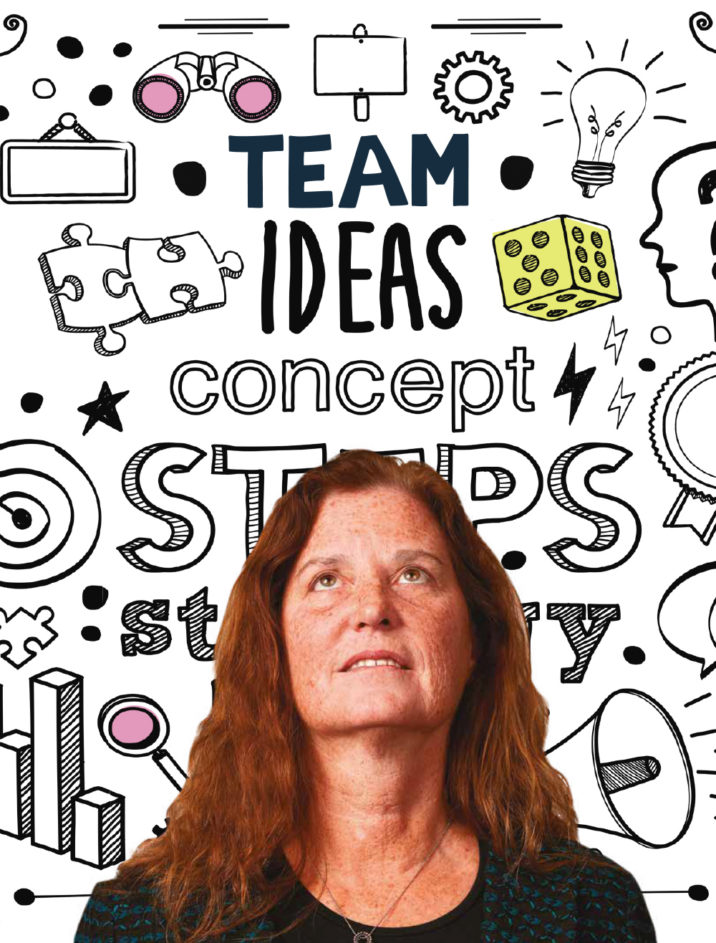 Clayton, Dubilier & Rice is among a small cadre of private equity firms that has influenced the modern shape of the industry. The firm, which was founded in 1978 and now manages about $20 billion in net asset value plus committed but uncalled capital, pioneered the operational hands-on approach to its portfolio that is now widely seen as the key to creating the alpha private equity strives for. But behind the dealmaking, the firm’s chief financial officer, Theresa Gore, has been steering the finance function for some 25 years with CD&R, acting as a chief liaison for limited partners and enacting the transformation of the back office that has become a defining characteristic of the PE CFO role.

In that time, much has changed – not just the sheer size of the industry, but its complexity, too. “The transactions have gotten more complex, the competition has increased, the reporting demands have grown,” Gore says. “This scaling would not be possible without a strong technology backbone. When I started with the firm, we had Lotus notes – Excel didn’t even exist. Now all of our internal reporting and finance are supported by technology. If you’re not ahead of the curve on technology tools and looking forward to what might be tech-enabled in the future, you’re going to be competitively disadvantaged.”

Private Funds CFO sat down with Gore at CD&R’s New York offices to talk about how she’s adapted to those changes and what’s next for the evolution of the firm’s finance department.

Despite the ever-increasing demands on CFOs and their finance teams (CD&R’s comprises 10 staffers) Gore says that LPs have always been priority number one. “When I first started with the firm, one of the first things Joe Rice, our founder, used to say, which I always keep in mind is that, ‘LPs are our customers and our customers always come first.’ I’ve instilled in my team that a question from a limited partner takes precedence over anything else we need to do.”

She estimates that some 75 percent of LP questions are answered by relevant staffers within an hour of receiving them – a phenomenon partner Thomas Franco refers to as “the quick-response policy of Theresa Gore.”

“If you’re not ahead of the curve on technology tools and looking forward to what might be tech enabled in the future, you’re going to be competitively disadvantaged”

Sustaining that kind of policy would be a challenge, even if it weren’t for the steady influx of new investors into private equity. That means not only more, but different kinds of questions compared with those LPs were asking 25 years ago. Not only were earlier generations of LPs not making inquiries into fees and carry structure – something that has become commonplace now – some needed to be educated about the asset class in the first place, Gore says. About half of CD&R’s capital now comes from outside the US, including Latin America and Asia, according to CD&R’s website.

Add to that complications arising from different compliance regulations in jurisdictions new to the asset class, as well as varying due diligence requirements, and, if you’re genuinely dedicated to responding to LPs’ requests, the reporting baseline goes up precipitously.“Reading a partnership agreement for a private equity firm can blow your mind,” says Gore. “You need to have about five sets of papers in front of you to match definitions, and it’s really hard to follow. For investors who are new to the asset class, it’s our responsibility to walk them through the partnership agreement to help them understand how the fund accounting works.”

In November, the Institutional Limited Partners Association sought to ameliorate some of the complexity of LPAs for investors by introducing a “model LPA.” A standardized LPA could have the benefit of reducing the time needed to help investors wrap their heads around these abstruse documents. The model LPA is still young [released last November] and take-up at this point has been slow to non-existent; many PE firms are unaware of its existence.

“We recognize that it is important to some of the limited partners to have that standard format, and we always provide the information that they’re requesting.”

To that end, CD&R is updating its investor portal, with the first rollout expected in January, as of the time this article was being written. The firm is using an off-the-shelf service provider for the project, customizing it for their needs, though Gore declines to identify the provider. “We were among the first PE firms to create a drill-down investor portal, where every allocation made to an individual LP account, every capital call and distribution is in a summary, P-cap [partner capital account], historical-to-date and each quarter report,” Gore says.

PE under the lights

But the portal doesn’t currently allow LPs to create their own reports – now, they have to download the data and enter it into Excel themselves to get bespoke reporting. “We’re in the process of taking all of that data and enhancing our LP portal to make it even more dynamic,” says Gore. “It will automatically show the net IRR to each particular limited partner, for example. It will condense all of their investments within the firm, showing all the funds they’re invested in. They can get a breakdown per investment.”

For the “stage two” rollout, the timeline for which isn’t known, CD&R will then offer the ability for investors to dynamically pull ILPA capital call, distribution, and fee and carry information.

Undeniably, one of the biggest changes to come to the PE industry in recent years is the amount of flak its been taking from public officials (particularly in the run-up to this year’s US presidential election). To some extent, the heat politicians were turning up on the industry seems to have subsided after an unexpectedly benign House Financial Services Committee hearing on private equity in November. But many are still nervously aware that PE could be only a negative headline or two away from increased regulatory pressure.

Gore is more sanguine, though. Asked whether she thought the industry was under fire from high-profile critics, she says: “I’m not sure ‘under fire’ is the right way to say it. I feel like we’re under more scrutiny. There are regulations, which each PE firm and hedge fund needs to comply with. And that’s generally good for the industry. The positive of more regulatory oversight is that it ensures people are doing the right thing.”

For Franco, the business of private equity is inherently beneficial to society. He points to the industry in general, and CD&R in particular, as among the most active investors post-crisis, while other forms of capital were sidelined. “Private equity is capital that flows to corners of the economy where other capital is unwilling to go. It’s risk capital. That’s why it plays such an important role,” he says.

And what about the idea that PE firms should think more broadly about who their stakeholders are? Do PE firms need to be more mindful of portfolio company employees or the wider public? Gore stresses again that doing right by LPs is their most solemn priority. But, when asked about what a potential recession could do to an industry perceived by some to be dangerously levered, she echoes a point that many PE professionals say is at the heart of the social and economic good of the industry: the creation of healthy companies. Yes, firms might pull back on certain investments if the pall of recession arises. But importantly, she says, “We need to make sure our portfolio companies withstand a recession.”

Gore on the next generation

CD&R puts strong emphasis on teamwork, and that’s one of the pillars of its success, Gore stresses.

“We believe in teamwork, we respect each other, we understand each person’s capabilities and expertise, and we let each other do the job that we each need to do. We all work collaboratively to make sure that the firm is a success and that what we’re doing is together,” she says, adding that “everybody checks their ego at the door and doesn’t try to be the smartest person in the room. Everybody really tries to make sure that the firm works collaboratively for the good of the whole.

And while there isn’t an official mentoring program, at least in the finance department, Gore has herself been the beneficiary of unofficial mentor-like information sharing and support. Chairman and CEO Don Gogel, she says, spent “countless hours” with her, helping her to understand the business. Since then, COO Jillian Griffiths, who joined four years ago, has been a guiding presence for Gore at the firm.

And Gore unofficially mentors her own controller and assistant controller, dispensing advice on taking their careers to the next level, how to manage teams and “not getting in the habit of thinking you have to do everything yourself, but rather, you have to be able to teach your team to do the things that you need them to do, so that you have time to be the leader” – an idea that circles back to the ethos that CD&R staffers trust each other to do their jobs.

What advice does Gore have for newcomers to the finance and accounting departments at CD&R?

“I would really advise them to be a sponge,” she says. “Listen to the people who they are working with and working for so that they can start to truly understand not just the business but the entire industry. They need to learn to be forward thinking, to make sure that they are offering suggestions that will be productive to the firm going forward.”

But above all: “Make sure the people you’re working with have a mutual respect for each other. That’s the most important thing, along with having fun.”