NYPPEX chief Laurence Allen believes the Office of the New York State Attorney General’s lawsuit against him for fraud is the result of the private market equivalent of ‘greenmailing’.

In an email to Private Funds CFO, Allen said: “We believe this entire matter has been caused by one LP with a personal liquidity problem who initially requested to be bought out by the GP. When we refused, he increasingly harassed us similar to a greenmailer [of] a public company, including baseless allegations, and threats to contact regulators.”

The case against Allen says that he redeemed one LP in 2014 out of ACP X after the investor threatened to file a complaint of mismanagement against him, hired counsel and made a formal demand for books and records, specifically demanding a full list of other LPs.

Greenmailing is the act of building up a large enough holding in a company’s shares that an investor can force a company to repurchase the shares at a premium to prevent a hostile takeover. Some states, including New York, restrict public companies from paying such a premium, and the IRS charges a 50% excise tax on profits made from such payments. Greenmailing was a widely pursued practice in the 1980s, which is widely known to have been the heyday of the leveraged buyout.

In 2017, two other LPs sought to be redeemed, but Allen refused. According to the lawsuit he said: “We cannot redeem your investment as per the terms of the operating agreement of ACP X. ACP X is a private equity partnership (and not a hedge fund some of which redeem investments). Otherwise, we would have to provide the same opportunity to all LPs.”

In a response to follow-up questions from PFCFO, Allen said that he did buy out an investor in 2014. “Through our periodic online monitoring of clients, we learned that the LP had become a control shareholder in a business in which we did not want to be associated,” Allen wrote. The investor also had liquidity problems, he added, and began making “baseless allegations to motivate us.” Allen said he then reached an agreement with the LP to redeem him at a percentage of his net asset value, believing “it was in the best interests of our LPs and the ACP X fund.”

Allen said that the later “disgruntled” investor who he believes is the cause of the lawsuit, “told us he has a personal liquidity problem (caused by the 2008 financial crisis with his real estate holdings),” which Allen believes was the cause of the LP’s original request to be bought out. Allen said the LP wanted “100% of [the] net asset value of his interest,” and that “once he learned that we elected to not buy out his interest, he commenced a series of baseless allegations against the general partner including threats to complain to regulators.”

Allen said the claims the LP made were false and defamatory. He claims other fund managers should feel threatened by what he says is an instance of “LP greenmail.”

“Greenmailing LPs are coming and it should be illegal, just like it is for public companies,” Allen wrote. He added that he believes he and his companies are not the only ones dealing with the phenomenon.

“As a transfer administrator for numerous GPs, over the years, [NYPPEX has] seen first-hand how some LPs that need liquidity make baseless allegations against the GP,” Allen wrote. He said LPs then “threaten litigation and NYPPEX arranges a transfer of the LP interest to help the GP avoid ‘bad press’.”

In another email, Allen said that a “buyout settlement” with an LP is solely at the GP’s discretion, but that he also generally permits secondary transfers of investors’ interests.

“Further, we have been proactive to provide liquidity to LPs in ACP X, through three early withdrawal opportunities for LPs seeking liquidity to partially withdraw some of their capital account balances from ACP X, but at an approximate 20 percent discount to NAV,” Allen wrote. “We prematurely sold off some investments in order to raise cash to accommodate those LPs.”

As for claims that ACP X’s fund terms were extended, Allen said that the 15-year-old fund illustrates a trend that “more private equity funds are extending terms, as they cannot fully exit all investments.”

“NYPPEX estimates that approximately 23 percent of all private equity funds worldwide, are now 15 years of age or older as of December 31, 2018,” he wrote.

Allen said he has refused to settle with the attorney general’s office, and that he has done nothing wrong. 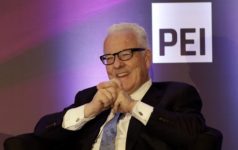 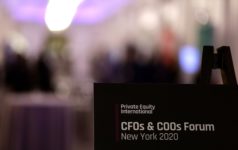 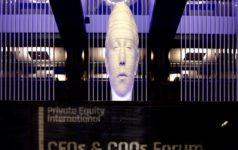 Your Forum Day One digest

News & Analysis 24 January 2020
Added to your Saved Articles
Loading
Unsave Article
Please confirm you would like to remove this article from your saved articles.
Share with other subscribers
Only logged in subscribers of this site will be able to access the shared article.