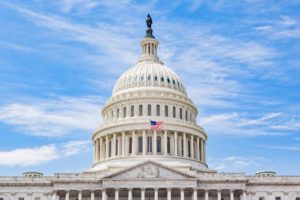 That private equity has become a metonymy for a host of politically sensitive issues – the wealth gap, corporate greed and financial stability among them – has already become clear in the run-up to the 2020 presidential election. But Tuesday’s House Financial Services Committee hearing on the industry, titled “America for sale? An Examination of the Practices of Private Funds,” seemed to cement private equity as a main battleground for a proxy war between the right and left over economic and financial policy. That said, fears that the hearing would represent an all-out public thrashing of the industry were largely eased.

Over more than three-and-a-half hours, the hearing consisted largely of the predictably clumsily-choreographed thrust and parry between parties on heavily repeated, usually unnuanced, points of debate. And while a disproportionate focus on retail – expected by many in the industry, in part because of the presence of witness Giovanna De La Rosa, an activist and former Toys ‘R’ Us employee – did not materialize, neither did a comprehensive discussion of LPs’ desire for more transparency from funds. This is a point likely to disappoint the ILPA, which has been pushing for that and changes to the revised Investment Advisers Act’s approach to fiduciary duty.

Not that witness Wayne Moore, trustee for the Los Angeles County Employee Retirement Association, didn’t try. Moore’s opening statement included jabs at the industry intended to push the case for greater fee, expense and overall investment transparency. “Pension funds must have a greater oversight role in our investments. After all, it’s our money,” Moore said, noting that in 2017, US public pension funds alone allocated 36 percent of the top 100 private equity LPs’ worldwide PE investments. He added that while PE is the pension fund’s best-performing asset class, it’s also the most costly. “Private equity makes up over half of our investment management costs,” he said.

Moore aimed to water down industry claims over its importance in the real economy, saying that “private equity is not a sector of our economy. They buy stakes in sectors of our economy. However, just buying and owning a company does not automatically make you a job creator or an engine of economic growth. It’s the outcomes of what you do after the purchases that is important.”

But his point on fee and expense transparency was given relatively short shrift. Moore became visibly agitated after being asked repeatedly by several Republican members what the best-returning asset for his pension fund is.

“Let’s see. I think this is the seventh time I’ve had to answer this question,” he responded to Ohio representative Anthony Gonzalez. “It’s private equity,” Moore continued, before defending the “Stop Wall Street Looting Act” – a bill targeting PE and co-sponsored by Warren – by saying that destroying the PE industry is not bill’s intent.

Moore said that, beyond what the bill calls for (disclosure on costs and performance metrics, among other aims), LPs want to know what kinds of deals are in a GP’s pipeline, increased financial information on portfolio companies, and generally to be better able to assess the risks that funds are taking.

Witness Brett Palmer, president of the Small Business Alliance, rejoined that small and medium-sized LPs already get everything they ask for – a point that LPs who took our upcoming LP Perspectives survey on fund terms would likely disagree with.

Representatives did attempt brief forays into more nuanced territory outside of good/bad, systemically-dangerous/best-return rhetorical spats. Brad Sherman of California asked if large funds should be made to make public disclosures similar to those of publicly-traded companies. Bill Foster of Illinois suggested the possibility of different regulatory regimes for different segments of the market that have fundamentally different strategies, like growth equity versus buyout. Utah’s Ben McAdams highlighted the need to partner public environmental, social and governance goals with private capital. American Investment Council president Drew Maloney highlighted that many LPs are now asking for ESG-linked disclosures.

Not only do the political parties vehemently disagree on which facts to focus on, they often appear to have totally different sets of facts. Conservative representatives and industry witnesses highlighted recent reports from Ernst & Young and the US Chamber of Commerce that either heralded the industry’s positive economic impact and outsize returns, or warned of the dangers of the “Stop Wall Street Looting” bill, or both. Left-leaning representatives turned to the Center for Economic Policy and Research’s work. Eileen Appelbaum, co-director of the CEPR, cited her research saying that only 10 percent of private equity funds have significantly beaten public market returns since the financial crisis, adding that half of them underperformed the stock market over the period.

New York’s Alexandria Ocasio-Cortez, probably the best-known figure on the HFSC, avoided getting mired in statistics and the financial mechanics of the PE industry – her relatively weak grasp of which has drawn opponents’ fire in the past. Instead, she ended the hearing with an inflamed reproach of her peers.

“I have to admit that I am quite upset. I feel a lot of the initial questions that we’re hearing almost betray the priorities that we have,” she said, citing repeated claims of the industry’s profitability. “I wasn’t sent here to safeguard and protect profit. I was sent here to safeguard and protect people,” she continued, ending her time with rapid-fire questions aimed at De La Rosa about cuts to staff and benefits for Toys ‘R’ Us workers in the early days of its PE-backed takeover.